Is the free market improving lives of India's Dalits? 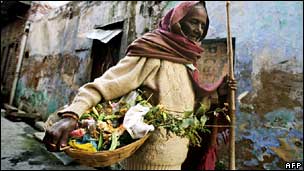 Does free market drive social change? By rewarding talent and hard work, does it help bring down social barriers? More pertinently, has the unshackling of the Indian economy helped the country's untouchables, or Dalits, to forge ahead?


A group of economists and Dalit scholars led by Devesh Kapur at Pennsylvania University's Centre for the Advanced Study of India, believes so. India's 160 million Dalits are some of its most wretched citizens, because of an unforgiving and harsh caste hierarchy that condemns them to the bottom of the heap.

The study quizzed all Dalit households - more than 19,000 - in two clusters of villages in Azamgarh and Bulandshahar, two poor, backward districts in Uttar Pradesh state. Dalits were asked about their material and social conditions now and in 1990 when economic reforms were kicking off in India. The answers, says the study, provide proof of "substantial changes in a wide variety of social practices affecting Dalit well-being."

If you feel that 19,000 Dalit households in Uttar Pradesh are not a good enough sample for studying their conditions, think again. To put things into perspective, 32 million of India's estimated 160 million Dalits live in Uttar Pradesh alone.

But the very fact changes have happened to the lives of the Dalits in Uttar Pradesh is enough to excite sceptics. Let's look at some of the more striking findings:

1. Ownership of bicycles, fans, TV sets and mobile phones have increased by typically a third to half of the Dalit households surveyed.

3. Some interesting changes in grooming and dress - again, an assertion of social aspirations. Take, for example, toothpaste. Under 3% of Dalits used toothpaste in the surveyed households in 1990. In 2007, more than half of them in Azamgarh and over 80% in Bulandshahar used toothpaste. Up to 80% of Dalits in one cluster of villages use shampoo today, an 82% jump compared with 1990.

Whether calorie intake has gone up substantially remains unclear. But respondents say that their food situation is "much better."

5. "Massive" changes in social practices within the community. Today almost all the households rent a car or jeep to take the groom's marriage party to the bride's village and bring the bride back to the groom's village, up from as low as 2.5% in Bulandshahar in 1990. More than 90% of them offer tea to visiting relatives. 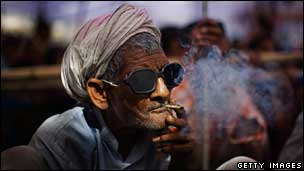 6. The relationship between the Dalits and other castes is undergoing subtle, but important changes. These days more than 80% of Dalits are not seated separately at non-Dalit weddings of grooms in the village, compared with a little over 20% in 1990. In Azamgarh households nearly 90% of Dalit babies are now attended equally by government and non-Dalit midwives.

The traditional practice that only Dalits would lift dead animals of non-Dalits is dying out. In Azamgarh fewer than 1% of Dalits lift dead animals, compared with 19% in 1990, while in Bulandshahar only 5.3% do. More than 60% of Dalit children in the surveyed households go to school, as do well over half of the girl children.

Whether the market is reducing inequality remains a highly contentious point. My hunch is that political empowerment must have played a powerful role in many of the changes: the rise of Dalit politics coincided with the liberalisation of the economy. But the last word comes from the group of scholars behind the study: "No one would argue Dalits have achieved anything like equality, but it is certainly the case that many practices that reflected subordination and routine humiliation of Dalits have declined considerably." That, by itself, is a considerable triumph for India's wretched of the earth.