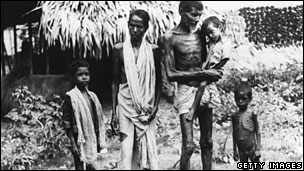 It is 1943, the peak of the Second World War. The place is London. The British War Cabinet is holding meetings on a famine sweeping its troubled colony, India. Millions of natives mainly in eastern Bengal, are starving. Leopold Amery, secretary of state for India, and Field Marshal Sir Archibald Wavell, soon to be appointed the new viceroy of India, are deliberating how to ship more food to the colony. But the irascible Prime Minister Winston Churchill is coming in their way.

"Apparently it is more important to save the Greeks and liberated countries than the Indians and there is reluctance either to provide shipping or to reduce stocks in this country," writes Sir Wavell in his account of the meetings. Mr Amery is more direct. "Winston may be right in saying that the starvation of anyhow under-fed Bengalis is less serious than sturdy Greeks, but he makes no sufficient allowance for the sense of Empire responsibility in this country," he writes.

Some three million Indians died in the famine of 1943. The majority of the deaths were in Bengal. In a shocking new book, Churchill's Secret War, journalist Madhusree Mukherjee blames Mr Churchill's policies for being largely responsible for one of the worst famines in India's history. It is a gripping and scholarly investigation into what must count as one of the most shameful chapters in the history of the Empire.

The scarcity, Mukherjee writes, was caused by large-scale exports of food from India for use in the war theatres and consumption in Britain - India exported more than 70,000 tonnes of rice between January and July 1943, even as the famine set in. This would have kept nearly 400,000 people alive for a full year. Mr Churchill turned down fervent pleas to export food to India citing a shortage of ships - this when shiploads of Australian wheat, for example, would pass by India to be stored for future consumption in Europe. As imports dropped, prices shot up and hoarders made a killing. Mr Churchill also pushed a scorched earth policy - which went by the sinister name of Denial Policy - in coastal Bengal where the colonisers feared the Japanese would land. So authorities removed boats (the lifeline of the region) and the police destroyed and seized rice stocks.

Mukherjee tracks down some of the survivors of the famine and paints a chilling tale of the effects of hunger and deprivation. Parents dumped their starving children into rivers and wells. Many took their lives by throwing themselves in front of trains. Starving people begged for the starchy water in which rice had been boiled. Children ate leaves and vines, yam stems and grass. People were too weak even to cremate their loved ones. "No one had the strength to perform rites," a survivor tells Mukherjee. Dogs and jackals feasted on piles of dead bodies in Bengal's villages. The ones who got away were men who migrated to Calcutta for jobs and women who turned to prostitution to feed their families. "Mothers had turned into murderers, village belles into whores, fathers into traffickers of daughters," writes Mukherjee. 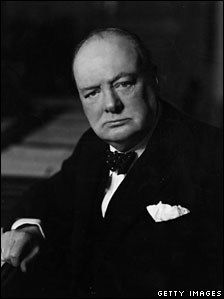 The famine ended at the end of the year when survivors harvested their rice crop. The first shipments of barley and wheat reached those in need only in November, by which time tens of thousands had already perished. Throughout the autumn of 1943, the United Kingdom's food and raw materials stockpile for its 47 million people - 14 million fewer than that of Bengal - swelled to 18.5m tonnes.

In the end, Mukherjee writes eloquently, it was "not so much racism as the imbalance of power inherent in the social Darwinian pyramid that explains why famine could be tolerated in India while bread rationing was regarded as an intolerable deprivation in wartime Britain". For colonial apologists, the book is essential reading. It is a terrifying account of how colonial rule is direly exploitative and, in this case, made worse by a man who made no bones of his contempt for India and its people.