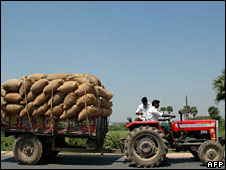 The twin stories of India and China are the most dramatic in the world economy. In 1820, the two countries contributed to nearly half of the world's income. In 1950, their share was less than a tenth; and currently the two contribute to a fifth. By 2025, their share of world income will be a third, according to projections.

China, of course, hogs most of the glory. India was ahead of China in 1870 as well as in the 1970s in terms of per capita income levels at international prices. But since 1990, China has surged ahead of India - China's per capita income growth in the past two decades has been at least double the rate that of India.

Both remain the world's fastest growing big economies. The conventional wisdom is that decades of socialist controls and red tape stifled enterprise in both countries. Market reforms and globalisation helped uncork the genie and unleashed massive entrepreneurial energies. This, in turn, led to a decline in poverty and increase in economic growth. Commentators have called this the unshackling of "caged tigers", among other things. Others have waxed eloquent on the two giants spawning "three billion capitalists", redefining the next stage of globalisation.

Is that really the case? In a provocative and brilliantly argued new book, one of India's leading economists Pranab Bardhan argues that a lot of "hype and oversimplification" has distorted recent accounts of the two economies. Mr Bardhan, who teaches at the University of California, Berkeley, mines critical data and offers incisive analysis to offer a more nuanced picture.

The truth, as he shows, is much more sobering than the hype.

In Awakening Giants, Feet of Clay: Assessing the Economic rise of China and India, Mr Bardhan says it is not clear whether economic reforms are mainly responsible for the recent high growth in India.

Reforms have made the country's corporate sector more vibrant and competitive. But, he says, most of the Indian economy is not in the corporate sector, which absorbs only 6% of India's labour force. The fast growing info-tech sector - India's pride- employs less than 1% of India's workforce. Services - financial business services and telecommunications where reforms may have made a significant impact - constitute only about a quarter of the total service sector output. "It is yet to be empirically and convincingly demonstrated how the small corporate sector benefiting from reforms pulled up a vast informal sector," says Mr Bardhan.

Globalisation's impact on economies has been a divisive issue with economists. Some say it sharpened inequities and made the poor poorer; others believe it has pulled lots of people out of poverty.

Mr Bardhan isn't very sure about either.

He cites India's national household data, which suggests that poverty did not decline sharply in 1993-2005, when India experienced extensive opening up of its economy. Social indicators like child health remained - and remain - abysmally poor. At the same time, the growth rate in agriculture, where most of the poor work, has declined somewhat in the past decade. This is largely because of the decline of public investment in farm infrastructure and has nothing to do with globalisation, argues the economist. 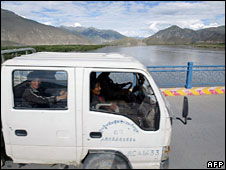 Globalisation also does not appear to have helped in boosting India's social development indicators, Mr Bardhan suggests. How else can one explain that Gujarat, the country's richest, high-growth, reform-friendly state, has a higher percentage of underweight children than sub-Saharan Africa?

Mr Bardhan suggests China's stunning growth rates (9% on an average) in the early years of liberalisation - 1978 to 1993 - happened because of domestic factors - farms reforms, distribution of land cultivation rights - which raised rural incomes.

Also, contrary to popular perception, China's growth has not been primarily export driven, the book argues. Mr Bardhan shows how domestic investment and consumption have been the main drivers of China's growth. No doubt globalisation and economic reforms have trigged off economic growth but, as Mr Bardhan argues, most of us may have overstated their importance.