What is wrong with India's bureaucracy? 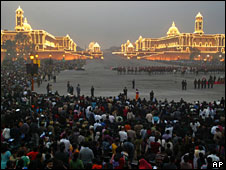 In English, August, Upamanyu Chatterjee's wry novel on an Indian civil servant's year in a dull and sticky backwater, a new recruit discovers that he learns nothing from his colleagues. "For a very short while he worried about his ignorance," Chatterjee writes about his protagonist, "and then decided to worry about it properly when others discovered it."

Chatterjee should know a thing or two about Indian bureaucrats; he is one himself. "District administration in India," he writes, "is largely a British creation, like the railways and the English language, another complex and unwieldy bequest of the Raj." More than 60 years after independence, it remains largely so.

So is it any surprise that a new report says that India's bureaucracy is one of the most stifling in the world? The respondents - Asian business executives - said India had the worst levels of excessive red tape. In reality, the poor suffer most from red tape, which acts as an incentive for bribery.

Like the UK and other countries, India hires it civil service recruits through competitive examinations. But its bureaucrats also face being moved around much more frequently than elsewhere. At least half of those working for the Indian Administrative Service - the country's fabled "steel frame" - spend less than a year in a single position, studies have found.

They can also end up working for India's vast number of state-run factories, hotels and airlines without much experience. So an official administering a small north-eastern state ends up running an ailing airline or a senior policeman can head up a liquor company. Most state-run companies - Air India is a good example - are poorly run, critics say, and perpetually in the red.

Bureaucrats are also hobbled by interference as politicians promote, demote or transfer them at will. There is corruption among a section of officers. Few alternate between state and federal governments, leading to accusations of provincialism in the ranks. More worryingly, some officers are perceived as champions of their religious or caste-based communities and act as "protectors" of their group's interests. 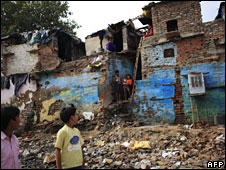 India has a range of forward-looking policies but a poor record on implementing them - for which many say bureaucrats must take a major share of the blame.

It's not as if those in charge are blind to the need for civil service reform: I have counted nearly three dozen reports and committees set up by the government since 1947 to streamline and modernise the bureaucracy. "There is growing concern that our civil services and administration in general have become wooden, inflexible, self-perpetuating and inward-looking," said one government paper.

The question is why does a bureaucracy which does a fine job in some areas - rehabilitating tsunami victims, managing millions at religious festivals, conducting the world's biggest elections - struggle to conduct day-to-day affairs of the state smoothly?

The answer may be simple. India's bureaucrats need to be insulated from political influence, observers say. They deserve transparent appointments and promotions and fixed tenures. The civil service needs a code of ethics. But most important, as one analyst says, is the need to develop a "climate of probity in public life".