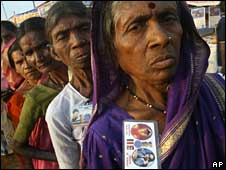 So is caste, the complex social order which assigned people a place in the social hierarchy based on their occupation, poised to make a comeback in the Indian census? The government is making noises that it will agree to a demand by a host of caste-based regional parties to include it in the census, 80 years after it was dropped; and the media is abuzz with reports that a formal announcement will be made soon.

It is still unclear how the government plans to go about the caste headcount. Affirmative action in areas like work and education is often used to help caste groups seen as disadvantaged. So how do you ensure that people don't lie about their caste so they can claim such benefits? As I wrote in a previous post, there is no way of knowing whether someone has lied about their caste by dropping a surname or committing fraud. Checking such claims may take years.

More importantly, the reintroduction of caste in the census is certain to trigger off a larger debate on whether it is necessary at all. Most people agree that caste is the most regressive feature of India's social system. It is repressive, reinforces hierarchy and breeds inequity.

Some analysts feel a proper count of members of the country's caste groups would help the government target affirmative action benefits better. They cite the substantial example of the lower caste group also known as Other Backward Castes - or OBCs in official language - who receive some of the most controversial benefits. In the absence of current data, official estimates suggest this group includes anywhere from 37%-52% of the population. For example, in southern Tamil Nadu state, more than half the population are OBCs, way over the federal government's cap that quotas should not exceed 50% of the population. 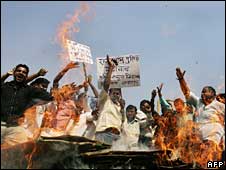 Even the Supreme Court despaired that the government had not provided fresh data. Analysts say caste is an irrevocable, however abhorrent feature of Indian society. They believe it is here to stay, so we need to get real and be pragmatic about it - a caste census will merely give us some honest data on groups getting state benefits.

Others say such a census will open a Pandora's box and trigger off fresh demands for job quotas by other groups. They say it proves that India is not fighting what they call is a vicious cycle by which caste perpetuates itself. "Each caste regards itself as the equal of castes superior to it while simultaneously denying similar claims from those inferior to it," the guru of caste studies and eminent sociologist MN Srinivas has written. This is best mirrored in India's fractious caste politics.

So will caste ever wither away - with or without a caste census - from India's social landscape?

It is a fiendishly difficult question to answer. Caste is a state of mind with millions of Indians. It is alive and well in its politics, match-making advertisements and election manifestos. Couples marrying out of caste - and sometimes within the caste - still die in "honour killings". Victims of the caste system, as historian Irfan Habib said, turn into its votaries.

But with rapid urbanisation - more than half of Indians will be considered urban by 2050 - there is a real chance that caste will slowly stop fetching rich dividends. As people demand more economic development, politicians will find it difficult to tap into people's primordial identities like caste for votes in the way they are used to. Analysts say that the decline of a few caste-based regional parties in northern India could be early clues to caste's diminishing returns.

Dalit - formerly "untouchable" - writer Chandra Bhan Prasad believes that "globalisation, capitalism, consumerism, mechanisation, industrialisation and urbanisation" will make the caste order "obsolete". It is true that caste-neutral professions have proliferated in India. The lines have begun to blur - a University of Pennsylvania study in shopping malls in Delhi found 60% of sweepers were not Dalits, the lower caste usually associated with the job.

At the same time, as another Dalit writer Meena Kandasamy eloquently says: "The readiness to destroy caste requires us to destroy a part of ourselves... finally it will culminate in the end of imagined or assumed inferiorities and superiorities." It takes a "personal rebellion" to defy caste, she says. I suspect that the million such mutinies are maybe brewing already. Could India one day be truly meritocratic and caste-free, with thriving inter-caste marriages and no caste ghettos in towns and villages?