Harbingers of hope for India in 2010? 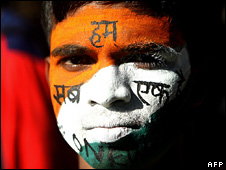 Has India's "Deciding Decade" begun? A study, done by a Delhi-based economic research firm along with a leading newspaper, thinks so. It says that India's GDP can grow at an average annual rate of 9.6% for the next 10 years even if there were no reforms. Incomes will double, the middle class will burgeon and urbanisation will proceed at breakneck speed.

Now the bad news. Even with this scorching growth, more than 250 million people of a total population of 1.3bn will still be "very poor" in 2020, the study says. That's not all: not even 100 million Indians will be graduates or post graduates despite the growth. Clearly, without radical reforms in education and infrastructure taken up with missionary bipartisan zeal, millions of Indians will still be hungry, poor and illiterate. Are India's politicians and bureaucrats up to the task? On present evidence, hardly. But we all live in hope.

The decade has also begun with a rash of good news stories. The government is planning to give out passports within three days of verification, make compulsory baby seats in cars and provide cheaper food for the poor. At least one state is launching madrassas or religious schools where English will be the medium of instruction. The government is also promising to introduce more women-friendly laws, harsher punishment for sexual crimes and fast track courts. All this just proves how much ground India has to cover. And Indian governments are famous for making announcements that take months, sorry, decades to implement. So we will wait and see.

But there is a piece of truly good news that holds out hope for India. Bihar, India's basket case state - poorest, most lawless, underdeveloped - appears to have clocked the fastest rate of growth during 2008-2009. If the Bihar government is to believed, the state's growth rate - 11.4% - is higher than India's industrially developed states. It is being attributed to good governance, buoyant revenues, increased government spending and a swelling unorganised private sector. If this is true then Bihar has all the makings of a miracle economy.

Bihar's remarkable "turnaround" shows the way for India, in a way. It also proves, as political philosopher Pratap Bhanu Mehta says, that "for the first time in modern Indian history, Indians, including the very marginalised, have a sense that change is possible: our destinies are ours to shape".

A sobering thought to keep in mind though. Impressive growth figures are unlikely to stun the poor into mindless optimism about their future. India has long been used to illustrate how extensive poverty coexists with growth. It has a shabby record in pulling people out of poverty - in the last two decades the number of absolutely poor in India has declined by 17 percentage points compared to China, which brought down its absolutely poor by some 45 percentage points. The number of Indian billionaires rose from nine in 2004 to 40 in 2007, says Forbes magazine. That's higher than Japan which had 24, while France and Italy had 14 billionaires each. When one of the world's highest number of billionaires coexist with what one economist calls the world's "largest number of homeless, ill-fed illiterates", something is gravely wrong. This is what rankles many in this happy season of positive thinking.