"Wow" and then "Why? That's what the technology world is saying about the news that Microsoft is paying $8.5bn to acquire Skype. 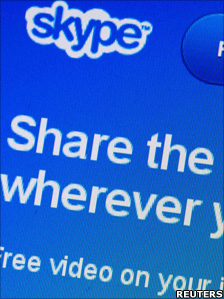 We've grown used to seeing outlandish prices paid for businesses without a proven path to profit. But this is the third time Skype has been sold and the asking price this time was roughly four times what the investors who bought a majority stake in the business paid back in 2009.

So why is a business which has fewer users than Microsoft's own Windows Live service and is still not profitable worth so much? One person who does not believe Microsoft has overpaid is Ben Horowitz. Now that's hardly surprising - his investment firm Andreeseen Horowitz bought a stake in Skype in 2009 and so has just made a huge return.

But in an interesting blog post, Mr Horowitz points out that similar scepticism greeted the 2009 deal and explains why the world was wrong then and is wrong now to think that shifting technology will leave Skype "in the dust" and its investors out of pocket.

Just two years ago, with Google Voice about to steamroller all opposition and Apple apparently planning something similar, it looked as though Skype would fade into irrelevance as the web went mobile.

That's proved completely wrong. Google Voice has not taken off in a big way, and is still not available outside the United States, and many users of Apple devices still prefer to use Skype rather than the FaceTime service which has been the subject of so many expensive advertising campaigns.

Ben Horowitz says that what Microsoft is getting is a brilliant team of technologists, led by the founders Niklas Zennstrom and Janus Friis, who have repeatedly proved that they can keep Skype at the forefront of modern communications.

Now Microsoft hopes to be a major force in the way we meet online, perhaps in business video conferences as well as in all those social encounters which Skype already facilitates.

So yes, there are some good reasons why Microsoft wants Skype. But I think we are still entitled to say "wow" about the price, and wonder whether the buyer was panicked into the deal on hearing that Google or Facebook might also be interested.