Do you care about or even understand the issue of net neutrality? I bet that for most people the answer is first net what? And then no. But here's another question - if your broadband provider started throttling back the speed at which you could use some services - say a Skype video call, or a BBC iPlayer stream - would you care then? 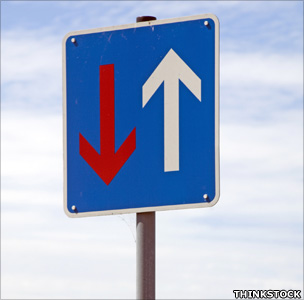 On Wednesday, the culture minister Ed Vaizey will gather figures from across the broadband and media industries to discuss net neutrality - and whether there is a role for the regulators. The big issue here is whether a principle sacred to internet pioneers - that all traffic over the network is equal - is in danger of being watered down and, if so, whether something needs to be done.

Some broadband firms want to be free to charge media firms to give their content priority, while some content providers are adamant that this would harm consumers and stifle innovation.

I should point out at this stage that the BBC has a dog in this fight.

The former head of Future Media and Technology Erik Huggers said this in a blog post last year:

An emerging trend towards network operators discriminating in favour of certain traffic based on who provides it, as part of commercial arrangements, is a worrying development. Media organisations like the BBC fear that they are about to see all sorts of roadblocks placed between them and consumers on the internet.

At the heart of all this is what's called traffic management, the techniques used by Internet Service Providers to control the flows of data across their networks. When you sit in front of your computer at 6pm watching a video buffering, you are probably seeing the effect of the brakes being put on by your ISP.

Today the Broadband Stakeholders Group is publishing a voluntary code of practice on traffic management. BSkyB, BT, O2, TalkTalk, Three, Virgin Media and Vodafone have all signed up to pilot a code which is intended to promote a bit more transparency about exactly what they do to direct and control the traffic on their networks. The practice is, they say, a vital tool in supporting the efficient operation of the internet and providing a good experience for the
end-user.

The code defines two kinds of traffic management - that relating to particular broadband deals, such as data caps and speed limits, and practices aimed at making sure a network operates effectively during peak hours and other periods of congestion. 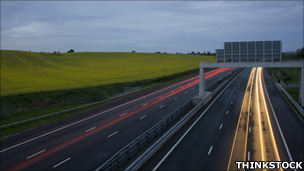 But the controversial element is what are called managed services, deals between ISPs and media firms to guarantee a certain level of service, presumably in exchange for a fee. The Broadband Stakeholders Group says its document is agnostic about managed services, but its code should end up giving consumers and policymakers a clearer picture of what is going on.

I'm not so sure. Any consumer reading through the BSG's document may come away with a headache and little understanding of what the whole row is about.

So let's take one example and see it from both sides. The video sharing site YouTube
is now part of a huge and powerful business, Google. Yet its output, all those millions of videos, uses up vast amounts of bandwidth. So shouldn't ISPs be allowed to charge a little bit to deliver that content, rather than see their networks become increasingly unstable??

But here's the other side. Imagine what would have happened if in 2005 when YouTube's founders got the site going, they had been told that they would have to pay even a tiny amount to shift their content over the net? The site - and the revolution it unleashed in the way we share video - would have been stillborn. Net neutrality, the argument goes, has meant there are almost no barriers to innovation online.

Ed Vaizey's net neutrality summit on Wednesday may grab few headlines. But it could be crucial in shaping the way the internet develops in the UK over the coming decade.