"Are you going to write about this cookie madness? UK Tech web industry will suffer massively if this goes through..." 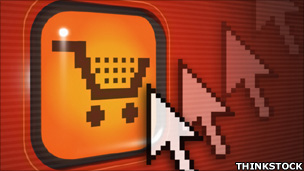 The message which came to me via Twitter this morning proved one thing - that Christopher Graham had succeeded in his wake-up call to British website owners. Yesterday the Information Commissioner told firms and public sector bodies they needed to get ready for 25 May, when an EU directive could force them to change the way they use cookies.

Cookies, you may or may not know, are now essential to the running of most websites. They are small text files which do everything from remember a password, to counting your visits to the site, to serving you up advertising which is likely to match your tastes.

Now the EU directive means that website owners will have to obtain the consent of users before installing cookies on their computers. The web industry in the UK which was apparently unaware of this issue until yesterday has reacted with outrage. "Unworkable", "super-stupid", "meddling bureaucracy", were among the milder comments I saw.

Many are complaining that this will disadvantage European sites as they compete with others which are not facing the same restrictions. Nick Halstead runs Mediasift, which operates a range of websites, all using cookies. He told me:

"If we are suddenly required to put big pop-up boxes warning people that they are going to be tracked, even if they are for benign reasons, the user won't read the warning and will just go to a US site that does not have that same warning."

It appears the EU has moved on this issue after complaints from privacy campaigners, concerned about the use of cookies to track every detail of web use for behavioural advertising.

But website owners seem united in their feeling that this directive is an over-reaction: "People just don't care that much about privacy," says Nick Halstead. "Old versions of Internet Explorer used to warn you about cookies, but they stopped because people found it too annoying."

One business, however, welcomed the new rules. Debbie Procter of Wrappers, which sells covers for gadgets, told me that her site made a point of not tracking its customers. "There should be space on the internet for businesses that don't use cookies". She was worried that too many sites would become addicted to using cookies to follow their customers' every move: "We don't know how powerful behavioural advertising might be, it's about a balance." It is worth pointing out though that Wrappers also uses Amazon to sell its products and that website just would not work without cookies.

It may, however, be time for everyone to calm down about cookies. EU governments still have not worked out just how the directive will be implemented in domestic law, and what form "consent" to cookies will have to take. In the UK, the internet advertising industry appears confident that reminding people that their browser settings allow them to block cookies will be enough, while the Information Commissioner's Office seems to think that they will need to do more.

My suspicion is that consumers will actually notice very little after 25 May, and the definition of consent will be pretty vague. But at least the publicity now being given to this "cookie madness" may alert a few more people to the ways in which their web behaviour is tracked. Then we will find out just how many people really care about their online privacy.