The 4G auction - a beginner's guide

Remember the sale of the century, or was it the sale of the millennium? Back in 2000 the 3G auction raised £22.5 billion for the Treasury and set the framework for mobile phone services in Britain for the next decade.

Today Ofcom has fired the starting gun for an even bigger sale of mobile spectrum which it believes could prove even more significant. But the mobile operators are hoping that it will turn out rather cheaper for them than the 3G sale. 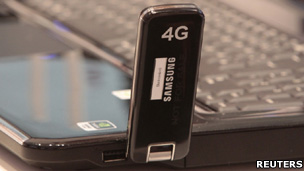 The regulator is calling this the 4G auction, and despite the cries of purists who insist that is just a marketing term to cover an ill-defined collection of new mobile technologies, that is the name that will stick. So let's try to answer a few questions about 4G.

Spectrum refers to the airwaves over which all wireless communication - radio, television, mobile voice and data - takes place. Ofcom says spectrum is a fundamental commodity which is of increasing value over time.

4G refers to the next generation of mobile networks, which promise faster speeds, in particular for data. Ofcom says there has been an explosion in the use of mobile broadband in the UK since the arrival of smartphones. It's expecting mobile data flows to continue to soar, as tablet computer sales take off and smartphones become mass market devices.

What's up for sale?

The sale, which Ofcom hopes will happen early next year, will involve two blocks of spectrum which should fulfil two purposes - making mobile internet coverage both wider and faster.

The first block, the higher frequency 2.6gGHz band, should make all those smartphone users who are trying to watch video or play games online just a bit happier. It's suited to providing large amounts of capacity over a compact area, so should help ease the congestion on city centre networks.

The second block, the 800MHz band, is currently used for analogue television and becomes available next year once the digital switchover is complete. It is suitable for bringing mobile data services over wide areas, so it could mean that people in rural areas will find mobile broadband a better option than the fixed line variety.

The auction will determine the future of the UK's four remaining mobile operators - Vodafone, O2, Three, and Everything Everywhere, the amusing name for the merged Orange and T-Mobile networks. For Three in particular it's a matter of life and death - the company feels bruised by a recent Ofcom ruling which saw other networks allowed to use their old 2G spectrum for 3G services. 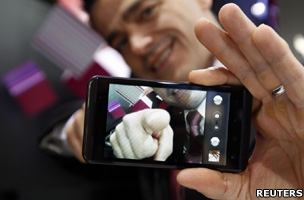 So what happens next is probably a huge row - various operators have already held up the process for years with legal action. The plan set out by Ofcom today is designed to ensure that all four operators end up with enough spectrum to compete nationally. That makes it less likely that Three will object - but there's every possibility that another operator will hold up the auction by challenging the rules in court.

How much will the auction raise?

This sale involves 80% more spectrum than the 3G auction, so if the operators bid with the same eagerness shown for 3G licences back in 2000, then you might expect as much as £40 billion to end up in the Treasury's coffers.

But nobody thinks that will happen. The operators claim that the huge sums they paid in 2000 had a disastrous effect on their subsequent investment in 3G networks. It's true that the promise of the mobile internet, touted during the 3G auction, did not arrive until around seven years later.

Ofcom thinks that was more probably due to the fact that the auction took place at the height of the dot com bubble. The regulator won't say how much it expects the 4G licences to fetch. But a similar auction in Germany raised something like £4bn.

Is the UK falling behind?

Yes, if we're comparing the UK with Germany, the USA and Sweden, which have already started to roll out 4G networks. Ofcom admits that things haven't moved quite as rapidly here as it might have hoped, but says it's full speed ahead now. But even if everything goes to plan, consumers won't see any 4G services before 2013. By then the mobile operators could be struggling to cope with the torrent of data from all those video-watching, game-playing, web-surfing smartphone and tablet users.