Is Facebook really worth $50bn (£32.3bn), more than the likes of eBay or Yahoo, as its latest investment from Goldman Sachs and Russia's DST suggests? The simple answer is if they are willing to pay that price, then yes, just as a garage in Mayfair is worth £100,000 if someone is prepared to stump up the cash. 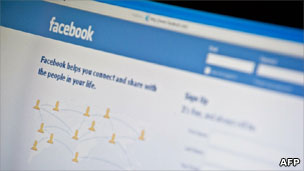 Let's have a quick look at the opposing views of this sky-high valuation.

1. Unlike all those crazy dotcom businesses of the late 1990s, Facebook now has substantial revenues - thought to be $2bn in 2010. What's more, it's raced past the 500 million user milestone and is heading rapidly towards a billion - and that means there's a huge surge of growth in revenues on the horizon.

2. It isn't just earning money from display advertising, but from virtual goods sold in games and from all sorts of clever wheezes which allow businesses to exploit Facebook's social graph. And that will mean the social network will start sucking revenue away from that other great web money machine Google.

3. Google's history is of course another reason to be cheerful about Facebook's valuation. There was huge scepticism about the value put on the search firm when it floated - but those who invested back in 2004 at $85 a share are looking pretty smug now, with the price at roughly $600.

4. It's Mark Zuckerberg who provides the strongest case for yes. Throughout Facebook's history, its founder has been told by older and wiser heads that he should be selling up, or floating the company, that each new valuation - from $1bn to $15bn to $35 billion - is mad. And each time he has been proven right in his belief that Facebook's growth story has far to go.

1. The plain truth is we know very little about Facebook's finances because it is a private company - though regulators in the US are beginning to ask pointed questions about a business which appears to be enjoying all the benefits of an IPO (a stock market flotation) without any of the burdens. Even if that $2bn is accurate, that's revenues not profit, so we are back in the era of dotcom valuations, where analysts would think of a number and then multiply it by 25 to work out a company's worth.

2. Facebook has proved that it can lure advertisers to a social network, and that it can persuade millions to spend many hours on the site, where they can be engaged with by businesses. But the jury is still out on how eager Facebookers are to spend time "liking" Coca-Cola or Starbucks, rather than flirting with friends or discussing Justin Bieber's new hairstyle.

3. Google users are very different from the Facebook crowd - they see it as a utility rather than as a place to hang out. In other words, they are in the mood to look for products and services, which is what makes the search engine such a powerful advertising platform. Perhaps the Facebook crowd is changing, and it's certainly grabbing a lot more of its users' time. But Google saw revenue double in the year after its IPO - and more importantly it saw its profits treble. Can Facebook really do that in the next year? If not, it won't look like a $50bn company.

4. Ah, but this one is difficult - the sheer determination and focus of Mark Zuckerberg in sticking to his vision of what Facebook could become continues to impress. The case against such an outlandish valuation is strong. But those who have bet against Facebook's founder are not looking too smart today.

My bet is that we will see a Facebook IPO within a year - and at a value of $50bn or more.

What happens after that, though, is anyone's guess.