The past, the present, and the future of social networking - the four people I met on my last day in San Francisco making a series for Radio 4 all had fascinating insights into where the phenomenon had come from and where it was heading.

In a house lashed by a winter rainstorm, perched above Mill Valley, north of San Francisco, we found one of the most passionate voices about our digital culture. John Perry Barlow is best known as a lyricist for the Grateful Dead, the essential counterculture band whose passionate fans, the Deadheads, were eager early adopters of online communities like the Well (Whole Earth 'Lectronic Link). 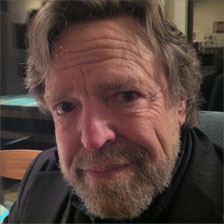 Throughout our interview, the man who founded the Electronic Frontier Foundation kept harking back to his life in a small town in Wyoming, where he spent years as a cattle rancher.

Ever since, he told us, he'd been trying to find the same sense of small-town community in cyberspace. The Well, whose members met in "meatspace" as well as online, had been a great experience. He told how, at Well parties, the members of the community emerged blinking into the real world, and discovered the faces behind the words.

John Perry Barlow seemed disappointed by today's social networks, and in particular the one that has really taken the online experience to the masses. "Facebook is like television, the opposite of what I was looking for," he grumbled. "It's the suburbs, not the global village."

He was a little more enthusiastic about Twitter, which he is using to promote the cause of online freedom. During the Wikileaks saga, one tweet by @jpbarlow echoed across the battlefield:

"The first serious infowar is now engaged. The field of battle is WikiLeaks. You are the troops."

He remains, however, sceptical about the progress that has been made in building sustainable online communities. Although he does see one personal upside - "a guy gave me his parking space the other day," he laughs. "He said he liked my Tweets."

Just down the road in Mill Valley lives the writer, teacher and journalist Howard Rheingold, probably the leading documenter of the growth of online communities. Welcoming me into the cabin where he still spends his days writing he told me, "I've spent my life alone in a room with a typewriter." 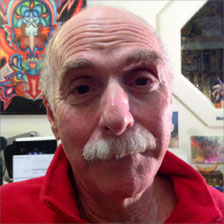 He got online in the 1980s, partly because he saw the benefits to a writer of a computer over a typewriter, but also to lessen the isolation of the writer's life.

In a clever marketing move, the founders of the Well gave free membership to journalists, and the result was a real sense of buzz around the San Francisco online community in the late 1980s. It was this which Rheingold documented in his book "Virtual Communities", the first time that phrase was coined.

He tracked the way these communities nurtured members through good times and bad, through love affairs, divorces and deaths. During the San Francisco earthquake of 1989, he watched and participated as members of the Well spread the news and checked out each other's safety: "The first thing I did then, as in later events like 9/11 was to go online."

And he is far more optimistic than John Perry Barlow about the direction taken by online communities in recent years:

"How has my life been changed by social networking? I write about it, I teach about it, most of my friends are people I met online, when I was seriously ill I received support from people I met online. Every aspect of my life has been altered and for the most part for the better."

I met the co-founder of Twitter at the end of another dramatic week for the micro-blogging site - or social network if you prefer. He'd just returned from New York after presenting a Tweet of the year award to the satirical journalist Stephen Colbert, and the more trivial matter of tying down another $200m investment in the firm by the ritzy venture capital fund Kleiner Perkins. 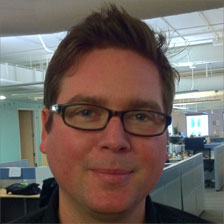 In August I had visited the Twitter headquarters in San Francisco, which is in offices previously occupied by another social network, Bebo, and was struck by how much had changed since then. The rows of empty desks had filled up, and the company, now valued at $3.7bn, had overflowed onto another two floors.

Biz Stone reminded me that when they'd launched it in 2006 Twitter had been anything but an instant hit. It was only at the music and technology festival SXSW in April 2007 that it took off, as a critical mass of techie early adopters gathered to socialise. "One guy tweeted from a crowded bar that he was moving to another quieter place," Biz explains."By the time he got there, there was a line outside."

Since then tales of the Twitter effect - from the monitoring of Californian forest fires to the organising of a popular uprising in Moldova - have become commonplace. "My phone was jammed with messages asking how I'd started a revolution," he recalls. "I had to go and look up Moldova in Wikipedia."

Two questions remain about Twitter. Is it a social network, and can it really make the money it needs to justify the huge valuation? Biz Stone and his colleagues are cautious about calling it a social network - he describes it as an information platform with social aspects.

He is far clearer about my question about Twitter's business model, insisting that innovations like promoted tweets provide the business with a profitable future.

Still, having raised $370m so far from its backers, Twitter will need to start proving pretty rapidly that it can start generating sizeable revenues. Otherwise the rumblings from those who are comparing it to MySpace and Bebo, social networks that soared and then faded, will get ever louder.

Or could a man I met in an office with great views over San Francisco's Bay Bridge be the face of the future of social networking? 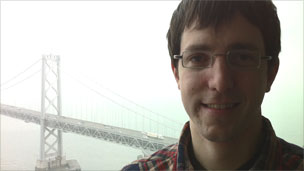 Dave Morin looks far too young to be running Path, a company which has attracted backing from a host of prominent angel investors, but in fact he's a veteran of social networking.

Morin tells me he's been using Apple computers since he was four, went to work for Steve Jobs' company after college, and then moved to Facebook, where he was a key software engineer in the network's early years. He left at the beginning of 2010, wanting to do his own thing after helping launch the Facebook developer platform and Facebook Connect.

And his idea is a social network that connects you more intimately with far fewer people, than Facebook or Twitter. At the moment, Path is just an iPhone app that encourages users to share their "paths" through life with a maximum of 50 people. You take a picture on your phone, tag people and places in it, and then share it just with close friends and family rather than the world.

Dave Morin makes great play of research by an Oxford academic which concludes that nobody can really have more than 150 friends. Professor Robin Dunbar says our brains just can't cope with more than that number, and in fact we struggle to interact really intimately with more than a couple of dozen people..

So perhaps we are wasting our time on the likes of Twitter and Facebook which encourage us to compete to earn more friends or followers, and maybe Path is closer to John Perry Barlow's idea of recreating small town communities online.

But despite a personal tutorial from the chief executive, I didn't really get Path. Surely anyone using it would also need to persuade their close friends to move to Path from other networks before it became valuable? And to me at least that seems quite a stretch.

Still, Dave Morin should not be underestimated - his track record at Facebook shows he knows a thing or two about building social networks. And in asserting that there is room for more than just Facebook and Twitter in this new industry, he is repeating a message I've heard from everyone on this trip - the story of social networking has only just begun.