Video calling has been the next big thing in communication since the 1960s - and has never really caught on. But is this long-awaited revolution finally about to happen? 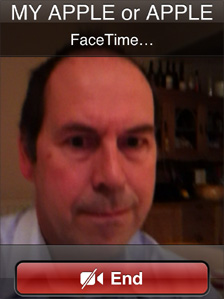 You might think so from the huge sums Apple has poured into promoting the Face Time feature on the iPhone and the iPod Touch which allows users to see as well as hear who they're calling.

Or could it be Skype which will finally make video calling commonplace, perhaps via your TV rather than your computer or mobile phone?

The internet voice company is launching the latest version of its software today. It is making a lot of noise about its integration with Facebook, with the promise that you will be able to Skype your social-networking friends, but I am more interested in its latest video calling innovation.

Already 40% of Skype calls involve video, and now if you're on a Windows PC you will be able to have a video conference with several friends at once. Each time one of them speaks, they pop to the top of the screen.

It looks as though it could be useful both to groups of friends and to businesses wanting to hold meetings between people at several locations without making them travel.

But when I met executives from Skype earlier this week I wanted to know when it would bring video calls to the mobile world. For a decade, first with 3G phones and now with the iPhone 4, companies have told consumers that seeing as well as hearing will become a key feature of mobile calls. It did not happen with 3G and, as far as I can see, it's not happening with the new iPhone.

To use Face Time you have to find someone else who has an iPhone 4 and who is, like you, on a wi-fi network when you call. It is such a limiting set of circumstances that even when I tried to make a Face Time call to a couple of Apple executives thus week I failed to get through. 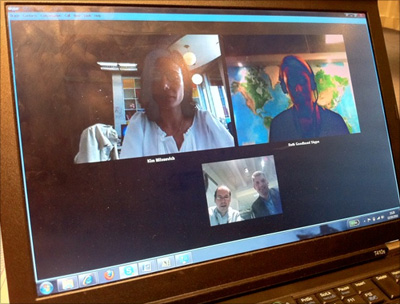 But what if you could integrate Skype's iPhone app with Face Time and use it to make video calls over 3G - surely that would be a winner? The people from the internet telephony business smiled ruefully when I asked this question and refused to be drawn.

It appears there are several sticking points - notably that the Face Time software isn't quite as open as it might appear, and the reluctance of mobile operators to allow even more video data to clog up their networks.

So it's indoors, in front of our computers, that video calling is going to grow - or perhaps in front of our televisions. Skype is already built into a number of televisions, and as the process of hooking up TV to broadband gathers pace, more and more of us may be sticking a webcam on top of the set and sitting down for a chat with friends and family around the world.

And here Skype may well have some serious competition from a giant of the internet world. Cisco is already building a decent business offering high-end HD video-conferencing to multinationals. Now it's beginning to offer a similar service to domestic users, though at what currently looks like a prohibitive price right now.

It's clear that at least three businesses - Skype, Cisco, and Apple - are now betting big sums that face-to-face communication over the internet is at last going to become commonplace.

Perhaps it might make sense for Skype and Cisco to get together to make sure that Apple does not dominate this market in the way it does digital music sales. Skype has recently hired a former Cisco executive as its CEO, so watch this space.