Has BT just blown a hole in the concept of net neutrality - in summary, equal rights for all forms of internet traffic? And if the telecoms giant has done that, is this an issue of any concern at all to British web users? 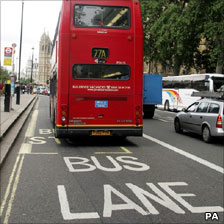 It was a line in an interview conducted by my colleagues at BBC Click which provoked those questions. Jon Hurry, the commercial director at BT Retail told the programme:

"[A]t the moment with our TV service, BT Vision, we deliver entertainment content, video, at peak time to consumers via our network and we prioritise the traffic in order to be able to do this."

So BT is admitting, even boasting that it treats some forms of internet traffic better than others. Indeed, it's making it clear that its own online television service gets prioritised at the expense of its rivals.

Really? After a call to the BT press office I wasn't much clearer. I was told that Mr Hurry had perhaps not made the best choice of words in talking of prioritising traffic. What he meant was that BT Retail bought a product from BT Wholesale - there is an arms length relationship between the two divisions - which gave it an "assured quality of service" for BT Vision.

It was described to me as a kind of internet bus lane, which meant that users even on a 2Mbps line would get a reliable television service without the buffering and freezing that you can experience with web video. BT insists that this does not affect other web users in any way - although in my experience a bus lane always means a slower ride for other traffic - but also says that other web video operators are free to pay for a similar service.

Earlier this month when Google unveiled a similar, but much milder stance, which would see this kind of prioritisation allowed for mobile broadband traffic, it faced a chorus of outrage from the net neutrality purists and a demonstration outside its headquarters.

On the face of it, the BT case seems a much clearer breach of the spirit of net neutrality, but the company disagrees. Just as the regulator Ofcom argued in a recent paper on the issue, BT believes that net neutrality is a wholly different concept in the UK than in the United States. After all, we have a far more competitive market here, with consumers able to choose from a range of broadband suppliers, whereas in the US there is often little or no choice.

"Our view," said a BT spokesman, "is that ISPs should be free to strike commercial deals if content owners want to guarantee a certain level of service."

I asked the regulator Ofcom whether it was concerned, and was told that BT's bus lane appeared little different from the "traffic-shaping" used by many ISPs to throttle back services at times of peak demand. "There are no rules against this," a spokeswoman said.

The regulator and BT may be right to believe that in Britain consumers understand that the world won't end if firms are able to pay to make some internet traffic move faster. So far the issue just hasn't taken off in the UK - but perhaps this is the moment British web users start to get narked about net neutrality.