Has the apps goldrush moved on from Apple to Android? 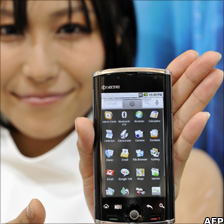 A year ago stories abounded of bedroom developers making their fortune by developing applications for the iPhone App Store but now it looks as though Google's Android Market may be proving a more attractive and lucrative platform for some.

We know that Android, at least in the United States, has overtaken the iPhone in terms of handset sales - not surprising when there are now dozens of devices, whereas Apple has just one.

At first there were far fewer apps for Android and nearly all were free, but a blog post from one developer shows how that's changing. Arron La gives a detailed breakdown of his earnings from an Android application called Advanced Task Manager, which he launched back in February 2009.

So far he has made $50,000 from people who've paid to install the app, and another $29,000 in advertising revenue from a free version. As he says, this doesn't quite compare with the overnight millionaire stories you get about Apple's App Store, but it's still an impressive sum.

The most arresting thing in his list of stats is the $6,200 in advertising revenue this July - 18 months after launching his app, its earning power seems to be growing, with advertising the biggest contributor.

Arron La does have a few grouches about the rather amateurish way Google has been running the Android Market store - and, having found that Google has no useful statistics to hand about how much revenue the store has generated, I can sympathise.

But overall he makes a convincing case that Android is becoming a viable platform for app developers to build a business.

Now let's turn to Apple's App store. Steve Jobs revealed earlier this summer that $1bn had so far been passed on to developers. But one of the best sources of news about app revenues has been the blog of the developer Tap Tap Tap.

In a recent post it revealed that it had earned over $500,000 in just two months from an app called Camera+, which helped make the iPhone's camera more useful.

That really puts Arron La's Android earnings in perspective, doesn't it? But there's a sting in the tail of this story. Apple has now removed the Camera+ app from its app store, apparently for violating its rules.

The app allowed users to zoom in using the iPhone's volume buttons, and Tap Tap Tap says Apple told the company that "changing the behaviour of iPhone external hardware buttons is a violation of the iPhone Developer Program License Agreement."

So Apple's world may still be a better place to mine for gold than Android Land - but the rules are far more strict so don't be surprised if Sheriff Jobs runs you out of town.