Who could argue with a plan to get 10 million people online to enjoy the social and economic benefits already available to other users of the internet? And who could fail to be impressed by the passion with which Martha Lane Fox is pursuing this cause? But, confronted with her Manifesto for a Networked Nation which she's presenting to the prime minister today in her role as UK "digital champion", the cynics will have a couple of reasonable questions - should we really be forcing people online if they've no interest in the web, and where's the money to make this happen? 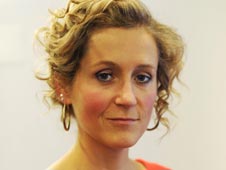 The manifesto puts forward a convincing case. It shows that, of the 10 million people who are not online, four million are amongst the poorest in Britain. Unsurprisingly, it's people over 65 who are least likely to be online - but a telling graph in the document shows that just under 50% of these "nonliners" earn less than £11,500 a year. The pledge now is to get everyone of working age online by the end of this Parliament, so that they will be able to compete more effectively for jobs when they're in the workforce, and enjoy the benefits of the web once they retire.

But quite a high proportion, when questioned in a recent survey about why they didn't use the internet, said simply "it's not for me". So why force it on them? Well, the document goes on to make a social and economic argument that getting everyone online will benefit both them and the nation.

It says 90% of new jobs require basic internet skills, and a lot of those jobs are only advertised online. It points out that households that are online are getting better deals from retailers, banks and utilities. Children who have internet access at home do better at school and their parents are able to communicate more effectively with teachers - though I'm not clear whether enough research has been done to prove this. And for a hard-pressed government, delivering services online could provide a better quicker way to reach people, and could save money, if it's done correctly.

There are plenty of statistics sprinkled across the report - "if just 3.5% of unemployed non-internet users found a job by getting online it would deliver a net economic benefit of £560m" - but one number seems to be missing. I can't find anywhere an estimate of what it will cost to achieve the manifesto's pledge by 2015.

It's clear that Martha Lane Fox is hoping that much of the work can be done by the private and voluntary sectors. She's asking firms to come up with packages that would enable people to get online for an upfront fee of around £50, and says people should be able to get "easy and affordable" access to the internet, in the same they get access to water, electricity or gas.

There are also, she believes, plenty of things the government can do to encourage wider take-up of the internet which don't involve spending money. Controversially, some of them may involve making some services available exclusively online, giving people no alternative but to use the internet.

But it's hard to see how the pledge of universal web access for the UK workforce - which may well be backed by the prime minister later today - can be fulfilled without some government money. The trouble is, one of the key areas for spreading the message, the education system, is facing severe cuts in its capital spending.

Little noticed in last week's announcement about the ending of the Building Schools for the Future scheme was the fact that 10% of the money in BSF projects is ring-fenced for ICT schemes. Now we've seen that a lot of that money hasn't perhaps been spent very wisely in the past - but some of it has gone towards Home Access schemes which bring computers and an internet connection to poorer families. It's not clear to me now what happens to these schemes, and to local authority-funded internet centres which are helping to teach people about the joys of the web.

So while we will hear plenty of warm words from Downing Street today about the importance of digital inclusion, listen out too for any mention of money to make it happen. Still, in Martha Lane Fox they have appointed someone who won't be afraid to go public if she sees any backsliding. On Twitter yesterday she mentioned a conversation with a journalist about her Manifesto For A Networked Nation. The journalist was apparently "v int. in what govt will do diff. and when" and Ms Lane Fox's response was "me too. wont let them wriggle :) ".

Mind you Martha, if by 2015 your manifesto has proved to be full of empty promises, we won't let you wriggle either.

PS.I discussed these plans on the Today programme this morning before Martha Lane Fox was interviewed about them.