O2: An end to unlimited

Earlier this week I wrote about the struggle that the UK's mobile networks were having to provide the kind of service that smartphone users demand. 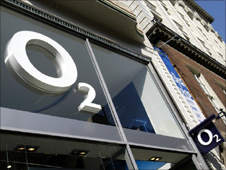 Now one operator has acted to try to control the flow of data across its network.

O2 has unveiled new smartphone tariffs, in preparation for the imminent arrival of iPhone 4, and the company has abolished the unlimited data allowance that was seen as a key feature.

Now the operator's monthly contracts will include a set amount of data - 500MB for a £35 two-year contract, 1GB for the £60 a month tariff.

Already some users are crying foul, and threatening to move to other networks. But maybe O2 won't be too unhappy if it does see some desertions.

It is claiming that 97% of its smartphone users will see no impact from these changes because they do not use more than 500MB a month, indeed it says they may even see an improvement in their service.

Why? The implication is that just a tiny majority of bandwidth hogs are using vast amounts of data, watching streaming video or playing online games. They are making the network less stable, and if they leave then things will improve.

Just to put this in perspective, mobile data use only really took off in the UK when unlimited tariffs arrived - before that everyone was terrified with some justification that they could pile up huge bills.

So will O2's move which seems likely to be followed by other operators - signal an end to the mobile data explosion we've seen in the UK in the last couple of years?

The mobile industry believes not, and there is a sense of relief that someone has made the first move.

"Whilst consumer appetite for mobile data seems unlimited, one thing that most definitely is not unlimited is spectrum. Spectrum will forever remain a resource both short on supply and high in demand."

In other words, there is a limit to the number of mobile super-highways you can throw open, but no limit to the traffic wanting to drive along them if you don't apply some road tolls.

That all sounds logical enough. But O2 has been telling its customers that it was the speedy network for smartphone users. Having applied the brakes, it must now show that it can deliver a decent mobile surfing experience for those who stay loyal.