Becta: Does it deserve to die?

In the spending cuts unveiled by the coalition government this morning, one victim will have stood out for the IT community. British Educational Communications and Technology Agency (Becta), the quango which promotes the use of technology in schools, is to close, saving £65m next year. That means 240 jobs will go, and there will need to be a rethink of just how the huge programme to put computers and other technology into the classroom is organised. 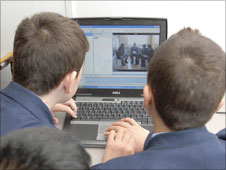 So will Becta be missed? A few months back, I wrote here about the disquiet felt by some teachers about the Building Schools for The Future programme and in particular its ICT budget. The concern was that the programme was far too inflexible, with schools often ending up with out-of-date and expensive technology and not having the freedom to choose what they wanted, rather than what some bureaucrat felt they needed.

That's not all the fault of Becta, of course, but it has been criticised for being captured by technology suppliers and failing to keep up with trends like the use of open-source software. When I spoke to the Department of Education this morning that was the line they took about today's decision. "We're keen to move away from a top-down approach and give more freedom to individual schools to choose what they want," a spokesman told me.

But Becta feels that it has been made the fall-guy here, and has been defending its work and lamenting the decision to close it. The chairman Graham Badman and chief executive Stephen Crowne put out a statement describing Becta as a very effective organisation which, among other things, was giving laptops and broadband to over 200,000 of Britain's poorest children.

They also indicated that the closure would prove a false economy because the quango's procurement programme for schools and colleges saved them "many times more than Becta ciosts to run."

So what's the truth here? Can schools now prepare for a brave new future where they will have the freedom to splurge as much as they like on a state-of-the-art computer system - or stick with chalk and talk, and spend their money on teachers - without interference from the bureaucrats?

Bob Harrison, an ICT advisor who trains head teachers and works for one of the big technology suppliers, is sceptical. He thinks there is a danger that schools will be left without the advice they need. "We have a government that doesn't appear to have a clue about ICT in schools," he told me this morning.

"Who's going to be the voice for digital technology in learning? I think there's great danger that if you leave it to head teachers, those who are not visionary about this technology will be left behind."

That's one view - but all morning teachers have been opining about Becta on Twitter. One voice celebrating its demise has been Geoff Riley, who teaches economics at Eton and is also an advocate for the use of open-source software in education. His tweets this morning include:

"open-source teacher communities are way ahead - so much more exciting than a top-heavy, acronym-flooded quango dictating from above."

But another tweeter sent me this:

"During my time as an ICT advisory teacher Becta was a wonderful source of guidance and information sharing."

So, top-heavy quango - or trusted guide through the maze of new technology? Let's hear the views of more teachers.