It's enough to make an old-fashioned parent explode - in a school classroom a group of teenagers are gathered around an electronic whiteboard, not learning algebra, but playing a game on a Wii console. And they call that education?

Well yes they do and there's more at Lampton School in Hounslow to make traditionalist blood boil - pupils are running around with GPS devices to co-ordinate a treasure hunt, they're playing with the Nintendo DS and they're even shooting videos on mobile phones and then uploading them to YouTube.

But this is all an example of a new trend in the use of Information Communications Technology (ICT) in schools. It's called "Playful Learning", and its advocates believe it may make a far more effective contribution to education than big expensive projects which put a shiny new PC at every desk or give a laptop to each child.

I went to Lampton School to prepare a report about BETT, Europe's biggest educational technology event which takes place at London's Olympia this week.

I'd been slightly sceptical about the idea that games could make a useful contribution to education, but the teacher who's pioneered these techniques at the school put a convincing case.

As the pupils battled away at a brain training game, Juliette Heppell told me what this and the other "playful" activities were achieving:

"It's engaging the pupils, they're working together to resolve problems, to help one another - if you speak to any of these students they will talk with passion and pride about their work. What could be better?"

Ms Heppell also pointed out that they were using technology with which they were already familiar - and when it was their own mobile phones that was pretty inexpensive.

The pupils also showed me their winning entry in a Classroom of The Future competition. 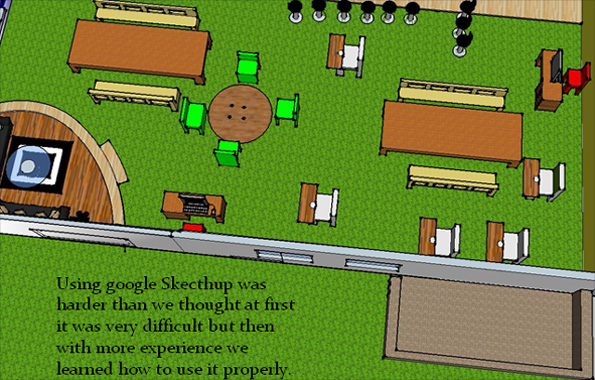 Their vision was of an environmentally friendly room carpeted with astroturf, and equipped with laptops, a plasma screen and some handheld games consoles.

It was an impressive presentation which had required them to use a variety of software, some of which they'd discovered themselves online. They had been given a notional budget of £30,000, so could afford to think big.

But does massive investment in computers in schools really pay off?

I found it difficult to extract figures from the Department for Schools on annual spending on ICT, but they did tell me that between 1997 and 2007 the amount spent in English schools was £5bn.

Some teachers say that's not enough - others tell me that a lot is being wasted even now on fitting out schools with expensive systems that already look outdated in the age of cloud computing.

So I will be looking out at BETT for evidence of cost-effective ideas that can transform teaching without busting a school's budget. And the pupils from Lampton School will be there to share their expertise with the visitors.