The corporate story behind GDP challenge

A clutch of big company results today illustrate the big economic trends in the UK and the world - and also say something about what the UK economy needs if its insipid recovery is to become something a bit stronger. 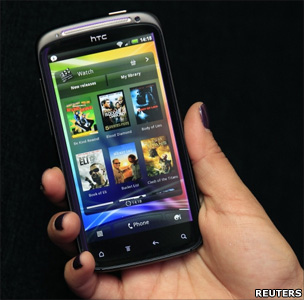 ARM, the world-leading designer of electronic chips for smartphones, tablets and consumer devices, saw revenues rise 29% in the first three months of the year and profits increase 35% (to £51m).

If we had a few more ARMs in this country, we would be agonising less about the imperative of "rebalancing" the structure of our wealth-creation away from financial services and the City.

That said, we'd need an incredible number of ARMs to make a dent in the high unemployment figures, because ARM simply licences its technology to the likes of Apple and LG, which put the chips into their devices. Or to put it another way, ARM's success is in exploiting the grey matter of a few boffins: it manufactures nothing.

Now part of the drag on Britain's recovery is the burden of debt on households and the impact of rising commodity prices on consumers' spending power.

You can see some of that in the first half figures of Associated British Foods, which points out that world sugar prices are at a 30-year high and that there has been a sugar shortage in Europe. ABF's sugar, grocery and agriculture profits were up substantially (sugar by 27%).

ABF's Primark chain of shops, whose prices tend to be the lowest on the high street, seems to have benefited from shoppers desire to trade down and economise, since underlying or like-for-like sales rose 3%. But although that looks okay compared with competitors, it was half the rate of last year's increase.

A further manifestation of all that borrowing in the euphoric years, before the bubble burst in 2007-8, is another set of uninspiring financial results from Heathrow and Stansted airports, and their holding company, BAA (SP) limited.

BAA was acquired by the Spanish group Ferrovial and partners at the height of the debt-fuelled buyout boom of 2006 - and although BAA would argue that operational performance has improved, there is a question about when if ever the owners will ever see a return on their enormous investment. 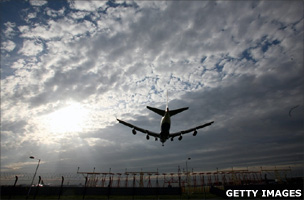 Meanwhile, in spite of the rising trend of commodities and energy, including oil, BP's profits in the first three months of the year actually fell a fraction to $5.5bn. You can see the impact of higher oil prices in a near trebling of profits to $2.1bn made in refining and marketing - but there was a significant fall in production, some of it related to the Gulf of Mexico disaster.

The fundamental BP story is that the risks and costs of extracting energy are on a secular rising trend - for which we all pay a price.

The unambiguous trend is a sharp reduction in the charge of debts and investments going bad - which was 39% lower compared with a year ago and 33% down on a three-month comparison.

As for lending, loans to retail customers rose by just under £1bn to £229bn since the end of 2010 - which is neither here nor there for a bank of Barclays' size. And the overall value of Barclays' loans and investments, on a risk-weighted basis, fell 1.5% over 12 months to £392bn.

For Barclays and other big western banks, it's no longer about growing their balance sheets, about lending more and more. Their long term recovery requires deleveraging, shrinking, which is the corollary of the perceived need for western consumers and governments to pay down their respective debts.

Here's the painful part: we may need banks to become smaller, but we all suffer if in the process they starve job-creating businesses of vital finance.

Those who fear the worst won't be reassured by figures just released by the British Bankers Association (BBA), which show that net lending to non-financial businesses by banks fell £3.2bn in March.

The BBA blames weak demand from companies. And although Barclays and the other banks have promised the Treasury, in their Project Merlin agreement, that they will meet the credit needs of the economy, my electronic postbag indicates that there remains quite a gap between their perception of deserving borrowers and yours.

Update 11:15: As some of you have pointed out, ARM saw its profits increase to £51m not £51bn, as I originally said, whilst losses at the two London airports increased to £211.5m, not £211.5bn. Sorry for my brainstorm. I've probably been dealing in billions a little too often recently - due to the magnitude of our recent financial crisis.