News International is to admit liability in a number of cases brought against it for alleged phone hacking by the News of the World, its Sunday newspaper. 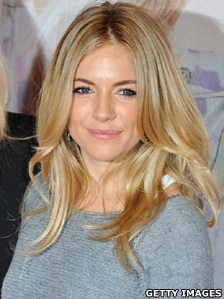 The UK arm of Rupert Murdoch's News International has put out a statement saying that it "has decided to approach some civil litigants with an unreserved apology and an admission of liability in cases meeting specific criteria".

It will also establish a compensation fund, with a view to "dealing with justifiable claims fairly and efficiently".

News International believes most claims will be settled for less than £100,000 each, rather than the settlement of several hundred thousand pounds that was awarded to Gordon Taylor, the chairman of the Professional Footballers' Association.

I understand the company's hope would be that in total it will pay out less than £20m.

Mr Justice Vos is planning to hold a case conference for all the active cases next Friday, and has asked for proposals from the litigants and the defendant.

There are 24 active cases in all. They include claims of breach of privacy brought by the film star Sienna Miller, the former Culture Secretary Tessa Jowell, the football commentator Andy Gray, and the designer Kelly Hoppen. 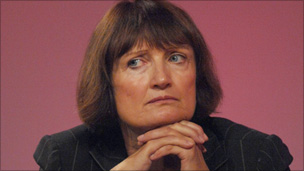 News International may disclose later today which cases it will settle.

The company, which also owns the Times and Sun newspapers, said: "Past behaviour at the News of the World in relation to voicemail interception is a matter of genuine regret. It is now apparent that our previous inquiries failed to incover important evidence and we acknowledge our actions were not sufficiently robust".

News International said it will continue to cooperate with the Metropolitan Police enquiry. It is not clear whether it will dismiss further members of staff, following the recent departure of the news editor of the News of the World, Ian Edmondson.

Last week Mr Edmondson and the News of the World's chief reporter, Neville Thurlbeck, were arrested.

In January I disclosed that News International was to deploy the BP strategy of uncovering what went wrong and establishing a compensation scheme.

At this stage, I understand that News International is offering to settle with the following prominent individuals who claim their mobile phones were hacked:

1) Sienna Miller, the actor
2) Tessa Jowell, the former Labour culture secretary
3) David Mills, the lawyer and Ms Jowell's estranged husband
4) Kelly Hoppen, the designer, in respect of phone hacking in 2004-6, but not in relation to her later claim
5) Andy Gray, the former footballer and current commentator for Talk Sport radio (who left Sky Sports in embarrassing circumstances)
6) Joan Hammell, a former aide to John Prescott (though not Mr Prescott himself)
7) Ms Nicola Phillips, the assistant to the celebrity publicist, Max Clifford
8) Sky Andrew, the former Olympian and talent agent.

By the way, it is a matter of some significance that News International has conceded that its "previous inquiries failed to uncover important evidence" and that it acknowledges that its actions "were not sufficiently robust".

What this implies is that significant numbers of people at the News of the World knew about the phone hacking at the time. But News International is insisting that its senior executives were ignorant of what was going on.

This is certainly humiliating for the company. It implies that its management controls were woeful. But it is certainly less damaging than an admission that the hacking was somehow authorised from the top.

News International's chief executive, Rebekah Brooks - who is extremely close to Rupert Murdoch - is trying to demonstrate with today's actions that she is cleaning out the stables, and instituting much tougher management controls.