I understand former BP chief executive Lord Browne is to be chairman of Glencore. 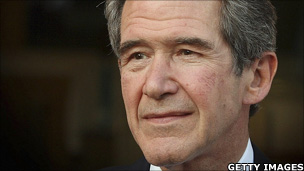 Update 12:12: Lord Browne's appointment as chairman of Glencore - the commodities colossus which is about to float on the London Stock Exchange - represents one of the great rehabilitations of a corporate reputation in modern times.

In May 2007, he resigned as chief executive of BP, ending a 41 year career at the company (much of it glittering), after it emerged that he had lied to the courts about the circumstances of how he met his former lover, Jeff Chevalier.

At the time, some shareholders in BP were also questioning whether he had been quite as successful in integrating and managing the enormous oil businesses he had bought, Amoco and ARCO, as he had been in buying them.

These concerns came to the fore after an explosion at its Texas City refinery in 2005 that killed 15 workers.

But after a period of avoiding the spotlight, Lord Browne has in the past year become something of a public figure, first by writing a report for the government on the reform of university finance - which prompted the controversial decision to increase university fees to up to £9,000 a year - and then by advising the Prime Minister David Cameron on how to recruit business leaders to be non-executive directors of Whitehall Departments.

Update 12:26: Now one of the slightly odd things about the appointment of Lord Browne is that another battered former chief executive of BP, Tony Hayward, is already on the board of Glencore - as its senior non executive director.

You will remember that Tony Hayward quit the helm of BP only last autumn, after the explosion on the Deepwater Horizon rig that also caused fatalities and led to massive pollution of the Gulf of Mexico.

Now the role of the chairman and senior non-executive is to guard the interests of independent shareholders. So when Glencore floats on the London and Hong Kong exchanges in the next few weeks, new investors in the company will be looking to these two former BP lifers to protect them.

Update 13:10: I would imagine that investors will give a largely positive welcome to Lord Browne's appointment for two reasons.

First, they would see him as having a lot to prove - and therefore as having an incentive to work hard in their interests.

Second, he is famously tough. They would not see him as being vulnerable to being pushed around by the partners, who will continue to own around 80% of Glencore after the flotation.

In particular, Lord Browne would be viewed as having the backbone to stand up to Glencore's famously driven chief executive, Ivan Glasenberg.

And, for the avoidance of doubt, Lord Browne is taking on a proper job.

He will chair the world's largest supplier of commodities, which is based in Switzerland and whose profits after tax last year were $3.8bn.

Glencore confirmed only this morning that it will be listing on the London and Hong Kong stock exchanges at a value of somewhere between $60bn and $70bn - or around £40bn.

So as and when the flotation takes place, Glencore will become something like the 15th most valuable company in the FTSE100 list of the biggest companies quoted on the London market.

Glencore's statement this morning makes clear that it wants to use its newly listed shares as currency for expansion and takeovers. It is widely believed that it will move quickly after listing to secure a merger with the mining giant, Xstrata, in which it holds a 34% stake.

The flotation will confirm that Mr Glasenberg is a multi-billionaire, worth almost $10bn based on his shareholding in Glencore - and hundreds of his Glencore colleagues will become multi-millionaires.

Update 14:54: In an extraordinary development, Lord Browne is now not going to be chairman of Glencore. I will explain what happened in a new post.