BP shareholders now have some idea of the long term cost for them of the Gulf of Mexico oil spill - because the British oil giant has today announced a halving in the dividend it pays compared with what it paid before the environmental disaster. 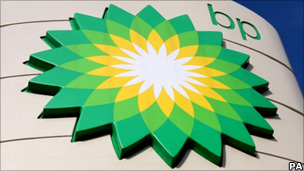 Those investors will be pleased that they are receiving a dividend again, after its cancellation for nine months - which cost shareholders £4.9bn.

Although BP says it is resuming a "progressive" dividend policy (which means it hopes that dividends will rise in coming years), it's not unreasonable to estimate that over 10 years the Gulf debacle will cost BP shareholders some £40bn in lost income - which given the importance of BP shares in our pension funds represents a considerable loss to millions of people.

Against that backdrop, it was inevitable that BP's chief executive at the time of the Deepwater Horizon explosion and spill, Tony Hayward, had to resign, to be replaced by Bob Dudley.

The other big news is that BP is halving its oil refining capacity in the US - with the planned sale of two huge refineries, in California and Texas. That will see BP disposing of the site of the disaster that preceded the Gulf leak, Texas City - where in 2005 an explosion killed 15 workers and injured 170 others.

Update 10:06: It is worth noting that there has been a strong recovery in BP's profits in the last three months of the year - thanks largely to the rising oil price.

In spite of the asset sales made by BP to strengthen its balance sheet, total revenues rose 14% to $84bn (£53bn) during the final quarter of 2010.

AAR, BP's Russian partner in its TNK-BP joint venture, has won an injunction blocking BP's plan to explore the Arctic in collaboration with the Russian energy giant, Rosneft.

The share swap with Rosneft has also been blocked.

The deal will now go to arbitration in Sweden.

See my post earlier in January for more on this.