I am as sure as I can be that Ofcom has made an unambiguous recommendation that NewsCorp's plan to acquire all of British Sky Broadcasting should be referred to the Competition Commission for further investigation. 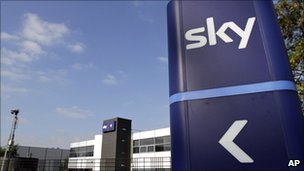 I have come to this view having had a number of conversations with sources close to the media regulator, to News Corporation and to the Department of Culture Media and Sport, which received Ofcom's report on the proposed £7.5bn deal on the last day of 2010.

What I don't understand is why Jeremy Hunt, the Culture Secretary, has not simply published the report and announced that there will be a further Competition Commission enquiry into whether the takeover restricts plurality in the media (or choice for viewers and readers).

Instead, he is having talks with BSkyB and with News Corporation (which already owns 39% of Sky and various British newspapers, including the Sun and Times), as the Guardian disclosed a few days ago.

What is there for Mr Hunt to talk to NewsCorp and Sky about, if - as I say - Ofcom's advice is clear and unambiguous?

Although under the law, Mr Hunt has discretion whether or not to make the reference to the Competition Commission, his colleagues told me some time ago that he would not exercise this discretion, if the advice from Ofcom was categoric - which it is.

So some might say that it is a bit odd that he is talking to Sky and News.

Is Mr Hunt doing so to ward off any possible legal challenge from NewsCorp to a decision to order a further enquiry?

That's possible, though it is difficult to see how there could be such an appeal from NewsCorp, if Ofcom has done its job properly.

Is Mr Hunt seeing whether some kind of deal can be cut that would meet Ofcom's concerns and allow the takeover to go through without the need for a reference to Competition Commission?

If that were the case, Mr Hunt would lay himself open to the charge of being too kind to NewsCorp - which presumably he would not wish to do.

After all, Vince Cable was stripped of his responsibility to adjudicate on the takeover by the prime minister after I disclosed that he had told undercover reporters on the Telegraph that he had gone to war against NewsCorp.

Or to put it another way, the perception of bias either for or against NewsCorp taints the judicial impartiality that the relevant secretary of state is supposed to show.

Which is why I presume that Mr Hunt will ultimately do what Ofcom recommends and will refer the proposed takeover to the Competition Commission.

Update 12:59: I slightly regret the way I wrote this post, because some of you seem to think this is speculation.

What I am saying is very simple: Ofcom has recommended that there should be a full Competition Commission enquiry into News Corporation’s plan to buy all of British Sky Broadcasting.

That is a fact.