There is a £100bn hole in the Local Government Pension Scheme, according to an authoritative survey of accounts filed by local authorities. 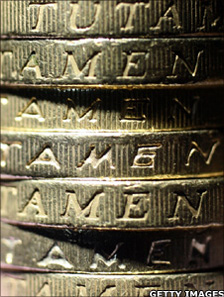 The deficit is equivalent to around 7% of UK GDP. It would fall to around £80bn on the basis of the government's recent decision to up-rate pensions in line with lower CPI inflation, rather than RPI inflation.

The deficit was much smaller, £42bn, three years ago.

The giant gap between the value of liabilities and assets in the scheme - calculated on the basis of the FRS17 accounting rule used by all private-sector companies - has been uncovered by John Ralfe, the independent pension consultant and former head of corporate finance at Boots.

According to Ralfe, the value of assets in the scheme has risen just 8% over the past three years, to £132bn, whereas liabilities have soared 41% to £232bn.

There are four million members of the Local Government Pension Scheme in England, including 1.7m current employees. It is a single scheme, though it is administered through 81 regional pension funds.

Unlike many public-sector pension arrangements, the Local Government Pension Scheme is a proper defined benefit pension scheme, which pays its pensions out of income generated from its holdings of shares, bonds and so on, rather than directly out of taxation.

That said, the giant hole in the scheme can only be filled by a combination of greater contributions from taxpayers and from scheme members (unless investment performance improves dramatically or the bond yield rises very substantially).

Mr Ralfe says that the Local Government Pension Scheme will show a much smaller official deficit when it publishes an actuarial valuation in the spring, because it will not be using the FRS17 valuation method imposed on the private sector.

Under this actuarial valuation, local authorities will be discounting their future pension payments using a much higher rate than the FRS17 AA corporate bond yield, because they will argue that the value of the shares held by the scheme is likely to rise faster than is implied by that corporate bond yield.

This kind of discretion in the assessment of liabilities is not allowed to private-sector pension schemes. Mr Ralfe argues that the government is in effect taking a massive gamble with the public finances in allowing local authorities to employ a less conservative approach than the private sector.