Barclays: Big and bad, or great and good?

George Osborne's Banking Commission - set up to review whether big UK banks should be broken up - could, I suppose, have been called the Barclays Commission. 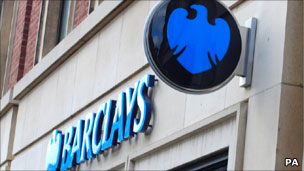 Because probably the biggest dilemma for that commission will be to determine whether Barclays epitomises the dangers or the benefits of combining retail banking and investment banking.

Barclays' chief executive John Varley is in no doubt about what the economist Sir John Vickers and his team ought to conclude.

He argues, in a statement accompanying today's half-year results from Barclays, that:

2) "the history of banking in the last 100 years reveals a broadly based structure to be the banking vehicle most resilient to extreme climates or shocks";

3) that the mix of Barclays' operations has the effect of diversifying risk rather than concentrating it, as manifested in Barclays aggregate pre-tax profits of £25bn since the financial crisis began almost exactly three years ago.

I'll leave for another occasion a comprehensive assessment of whether the economy would benefit from dismantling universal banks such as Barclays. For now, three counter-arguments are worth considering:

1) it was touch and go in the autumn of 2008 whether Barclays could survive without a direct investment from taxpayers, without being rescued by government;

2) arguably Barclays' investment bank has had an unfair competitive benefit from being married to a retail bank, in that its cost of funding has been lower than would otherwise have been the case, thanks to creditors' correct perception that the government would always bail out the retail bank if it got into difficulties (this is an argument that the Bank of England would make, for example);

3) there are plenty of examples of universal banks - from UBS, to RBS, to Citigroup - which were less successful than Barclays at diversifying risk and which therefore needed to be bailed out by taxpayers on a mindboggling scale.

Do Barclays' latest figures settle the argument decisively in one direction or another?

In respect of the issue of the moment, whether the banks are providing enough credit to smaller businesses, there's no evidence that Barclays is providing a significantly better or worse service to the British economy than its peers.

Stripping out the impact of the takeover of Standard Life Bank and of Barclays' increased market share of mortgage lending, loans to retail banking customers - which include small business customers - were broadly flat over the past six months.

And in corporate banking, which serves medium-size companies, loans and advances to customers in the UK and Ireland fell over the same period from £55.6bn to £52.8bn - because of what the bank describes as "lower customer demand".

Barclays, like Lloyds and HSBC, is saying that you can take the corporate horse to the water, but you can't force it to drink.

That said, the corporate horses which talk to me complain either that the price of the water is too steep or that the banks see them (unfairly) as old nags and sickly foals which don't deserve nourishment.

What's relevant, however, is that universal Barclays doesn't seem to be behaving markedly differently in respect of how much credit it provides to small and medium size businesses than narrower Lloyds.

Some would argue, I suppose, that Barclays' sheer size and diversity allows it to cope better with economic life's little misfortunes.

So, for example, it has had a bit of an embarrassment in Spain, where there was a £443m increase in the charge for bad or impaired loans, which was "driven by the depressed market conditions in the property and construction sector".

That would be enough to sink a medium-size Caja, or Spanish savings bank. But the loss is just a pimple on the face of Barclays' overall pre-tax profits of £3.95bn for the six months to 30 June.

By the way, for those of you who remain deeply anxious about the prospects for the eurozone, you'll note that Barclays has £18bn of Spanish mortgages and personal loans on its books, and a further £19bn of Italian and Portuguese retail loans. As for its wholesale exposure to Spain, Italy, Portugal and Ireland, that's £41bn.

Which is not a trivial exposure to economies widely seen as susceptible to further shocks - although Barclays, of course, insists that these loans and investments are decent quality.

What else to flag up?

Well, like all the big investment banks, Barcap suffered a significant fall in "top line" income - down from £10.5bn to £7.1bn.

But total income was flat, after deducting credit market losses (which diminished from £3.5bn a year ago to almost nothing in the latest period).

So it looks as though it will be a decent year for investment bankers' bonuses at Barcap, rather than a bumper one. And for the first half, average remuneration for Barcap's 25,000 employees was a bit less than £120,000 per head (or, at least, Barclays has made a provision to pay salaries and bonuses of that magnitude).

As for Barclays as a whole, the basic story is the same as we've seen elsewhere: profits have risen sharply driven by a sharp drop (of 32%) in the charge for loans and investments going bad; but with the economies of the UK and eurozone still pretty weak, Barclays is not finding it easy to generate extra income.

Which takes us back to the question of the moment, which is whether the banks themselves could and should be doing more to strengthen those economies.

Update 1254: I asked Barclays for more precise information about its net lending to small business (that's new loans minus repaid loans), because of the political sensitivity and economic importance of this statistic.

Which is pretty similar to what Lloyds said.