Will Thiam survive at Pru?

The balance of probability is now that Tidjane Thiam will not be ousted as chief executive of the Prudential, even though he has suffered the unusually sharp humiliation of being frustrated by his own shareholders from carrying out a takeover that would have transformed his company. 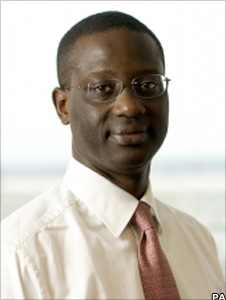 Here is why it is likely - though not inevitable - he will survive (for a dignified period at least) the buffeting from some disgruntled investors.

1) The non-executives on his board are solidly behind him - or at least that is my understanding from conversations with them.

2) Most of those shareholders opposed to the takeover of AIA, the substantial Asian insurer, were unhappy about the $35.5bn price, rather than the strategic rationale for the deal.

3) Ten of the Pru's top 12 shareholders told the company on Monday that they would back the $30bn revised price that Thiam thought he had negotiated with AIA's owner, AIG.

4) The collapse of the deal leaves AIA and its employees unsure of their future, after many weeks of believing (with reluctance) that the Pru would be the new owner and employer. Which may deliver a competitive advantage to the Pru's existing and fast-growing Asian operation.

5) The Pru now knows more-or-less everything it is possible to know about AIA, thanks to the due diligence process it conducted during the takeover attempt - which again should hand the Pru some kind of competitive advantage. Those valuable industrial secrets may or may not be worth the £450m the Pru has shelled out in pursuing AIA, but they are worth something.

6) AIG, the parent of AIA, has just manifested potentially destabilising divisions at its apex - with its chief executive, Robert Benmosche, having agreed to sell AIA to the Pru at the lower $30bn price, but being outvoted by his board. Also, it seems that the US Treasury, the rescuer of AIG during the markets meltdown of 2008, would also have preferred the cut-price sale to have gone through. Again, such division between those responsible for the governance of an important global rival is worth something to the Pru.

7) Some investors would argue that if a Pru board member has to walk the plank, it should perhaps be the chairman Harvey McGrath, who should take that short stroll to oblivion. Most investors would probably prefer to have an ambitious chief executive at the helm, but would look to a chairman to rein in ambitions that look dangerously expensive.

8) Many Pru shareholders, when arguing against the AIA takeover, did so because they liked the Pru's existing mix of businesses - in the UK, US and fast-growing Asia - and their recent performance. So if investors are being logical (which can't be taken for granted) they would stand by the team that has been delivering that performance.

None of which is to say that Thiam hasn't been damaged by the debacle - but simply raises the possibility that the wounds may not be mortal.