If you are one of 11 million members of public-sector pension schemes, then you are a fortunate person.

Unless you think that the British government is about to go bust (and of course I've noticed that some of you do), then you can be 100% confident that the pension benefits you've accrued will be honoured.

As Stephanie Flanders pointed out a few days ago, there's not the faintest chance that the government will attempt to renege on past promises to pensioners. 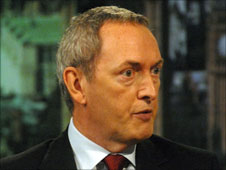 The thinking of the commission set up by the Treasury and chaired by the former Labour minister John Hutton to review public-sector pensions may turn out to be unthinkable, to coin a phrase. But even then it won't suggest that the government should walk away from the explicit pension pledge it gave (and gives) to all those millions of its employees that they can expect to receive guaranteed incomes in retirement that are explicitly and directly linked to the years of service they've given.

However, what the commission will examine is whether the government should and can continue to make a pledge that future service will be rewarded in the same way.

There are three broad options:

So what do all the state pension schemes - for teachers, firemen, NHS employees, civil servants, and so on - actually cost?

Well there are two numbers to look at.

First there's the liability for all those past pension promises, expressed in today's money, which the Government Actuary's Department estimates as £770bn at 31 March 2008, or a bit more than 55% of GDP.

The new Office for Budget Responsibility in effect endorsed this number in its report last week.

To be clear, this £770bn total aggregated cost applies only to those public-sector schemes that aren't backed by any assets. It is a liability for so-called pay-as-you-go schemes, where today's pension payments are funded out of government revenues - our taxes and modest contributions from public sector workers - rather than an investment pot.

According to the actuaries department, as of the spring of 2008, there were 7.5m individuals who are dependent for the next 60 to 70 years on such schemes for their current and future pensions

Now, I don't want to worry you, but that £770bn number is arguably too low. It is calculated as if the IOU had been given by a private-sector employer; for those who care about these things, the future payments to pensioners are turned into today's money using a AA corporate bond discount rate - stay awake!

But because a public sector IOU is arguably more dependable and valuable than a private sector IOU, the discount rate should probably be lower, to reflect the lesser risk of being owed money by the public sector. And that would mean the total liability should perhaps be seen as closer to £1tn.

That said, this is probably an argument of academic rather than practical significance - in that £770bn is such a huge number that it does the job of focussing the mind perfectly adequately. It screams "Houston, we have a problem". Because if taxpayers were asked to stump up £1tn or £770bn right now, well we couldn't do it: the UK would indeed be bust, kaput, on Skid Row.

The primary job of the Hutton Commission will therefore be to come up with scenarios for stemming the increase in that liability.

Which brings us to the second really important number, which is the annual increase in that overall liability.

According to the Office for Budget Responsibility, the liability for those unfunded pay-as-you-go schemes increased by £26bn in the year end March 31 2008.

Which is serious money. But is probably - as the pensions expert John Ralfe points out - about £4bn too low, because (again) those liabilities are being evaluated on the basis of a private-sector risk of default rather than a lower public sector one.

Let's assume that the annual increase in the liability was actually £30bn. That's equivalent to about 2% of GDP. So non-trivial.

Here's the shocking statistic that Ralfe has uncovered.

He says the published annual cost of all the pension promises in the official financial accounts of various public-sector bodies is only £15bn - or about half the actual cost.

How on earth could that be?

Well it's because in 2001 the Treasury did something which Ralfe would see as spectacularly reckless - and many of you may agree.

The Treasury fixed, apparently for all time, the rate at which future public-sector pension liabilities are discounted or translated into today's money at 3.5% real.

Arguably this is more than three times the risk-free discount rate which the public sector should be using.

The effect of it has been to reduce the pension liabilities that individual public-sector institutions think they face and to massively reduce the cash contributions to pensions made by those institutions.

It means that a typical public-sector body will ask its staff to contribute perhaps five or 6% of salary to a scheme, with the employer contributing around 15% - for a total contribution equivalent to around 20% of salary.

By comparison, those few comparable final salary schemes that still exist in the private sector would demand aggregate employer and employee contributions of around 30% of salary.

To put it another way, the many billions of pounds paid by taxpayers and public-sector workers for their pensions are too low to the tune of at least 50%.

So it's difficult to see how public-sector pension schemes can be kept open without either a massive 50% or so increase in contributions by both employees and employers - which in this case is really us, as taxpayers - or a massive reduction in the benefits received by future pensioners.

In the case of that apparently necessary increase in the employer or taxpayer contribution, what we're really talking about is the recognition today of what we'd have to pay in the future.

And the moment we own up that the liability is real, that's the moment when it's clear that we have far less money than we thought to spend on schools, hospitals and all those other public services we care about.

Which is an unsettling idea just a few hours before the government is due to unveil a historic, record-breaking squeeze on state spending that's a response to the burden of the public sector's conventional debt, and takes no account of the hidden debt of its pension promises.