I have learned that the bonuses paid to senior executives at hedge funds and fund managers are to be subject to strict conditions, under new EU-wide rules that have been agreed by EU members states and legislators. 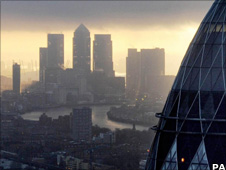 This is the first time that there would be any regulation of the pay of hedge fund managers operating in the City of London. There is a strong probability that it will encourage some of them to relocate outside the EU, to financial centres such as Geneva in Switzerland.

I have spoken to a number of senior hedge fund managers, who are shocked their pay is to be regulated. They say that it is "unenforceable" because they will quit the EU.

The new conditions imposed on bonuses paid at hedge funds and other fund managers stem from amendments agreed to the Capital Requirements Directive.

The directive's stipulation on bonuses apply to some 2,500 European Union big investment firms, as well as banks.

Under the new rules, agreed by member states and legislators, only 30% of any bonus for bankers and fund managers could be paid straightaway in cash - and the proportion would fall to a fifth for large bonuses.

The new rules won't make a big difference to bankers based in London. The Financial Services Authority has already imposed conditions on them which many bankers would see as tougher.

But the rules will have a big impact on hedge funds and other asset management firms.

The FSA is miffed that it will be forced to regulate the pay of these so-called investment firms. It does not believe that the way they are paid contributed to the financial crisis.

It is understood that the Treasury felt powerless to block the reform, which will apply from the end of this year.

The Treasury feels that in general the provisions of the Capital Requirements Directive - which, as its name implies, mainly covers the capital requirements of firms - very much suit the UK's interests.

The rules on the regulation of bonuses go a bit further than the Treasury would have liked, said a source, but it is hopeful that the FSA will implement the rules in a "proportionate" way.

Those hedge funds that are not covered by the Capital Requirements Directive (CRD) will face almost identical constraints on their variable pay, under the planned Alternative Investment Fund Managers Directive (AIFM Directive).

According to regulatory sources, the remuneration clauses of the two directives will be "aligned".

So although only a limited number of hedge funds are covered by the CRD, the rest will be swept up in the AIFM Directive's net.