Ofcom believes that millions of us make decisions on which TV service to buy and also which bundle of TV, broadband and telephony to purchase on the basis of whether we can get access to live sport and first-run Hollywood movies. 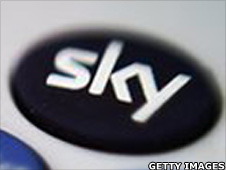 Which is why it has concluded Sky derives an unfair advantage from its control of much of the top-rate live sport and films available in the UK.

The media watchdog has today ruled that Sky has to sell its sports channels to rivals at prices that are between 10.5% and 23% below the existing wholesale prices - and wants the Competition Commission to force the Hollywood studios to sell on-demand rights to movies to companies other than Sky.

Also Ofcom is forcing Sky to offer its HD sports channels to competitors, but isn't in this case setting the price - because it recognises that Sky must be able to benefit from the innovations it has made in this form of broadcast.

For Ofcom, the goal is to increase the availability of live sport so that, for example, it can be tapped by the millions who watch Freeview and in movies to see the development of on-demand services on broadband and other platforms.

Ofcom hopes that the likes of BT and Virgin will be able to offer competitive deals for packages of broadband, telephony and TV that includes sport, in a way that provides greater choice to consumers.

For Sky, Ofcom has made an unfair attack on its commercial freedom.

It will appeal against the decision, on the basis that the regulator has been out to get it in a way that is an unfair punishment of the risks it has been taking for 20 years in making substantial investments in sports and movie rights.

PS Please see my earlier post about Ofcom and Sky.