Indie: Lebedev paid to take it away

Now we have a financial measure of the mayhem in the newspaper industry: the Russian billionaire Alexander Lebedev is being paid £9.25m to take the Independent off the hands of the existing owners, the Irish newspaper group, Independent News & Media.

My reaction has been melancholy. 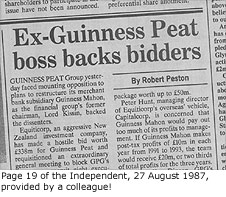 The Indie was the first national title to give me a job: I joined it as a City reporter in 1986, a couple of months before it was launched as a fierce competitor into a self-satisfied, semi-cartelised British newspaper industry; and I retain a strong affection for it.

But after 24 years that can be characterised as sparkling debut followed by crises so regular that they became business-as-usual, its current valuation is considerably less than zero.

The Indie is a licence to lose money: £12.4m of losses in the past year.

In fact the vendor, INM, swaggered today that its earning per share will be boosted by this deal which sees it parting with cash.

Here is the sum that makes it a good deal for INM: the cost of closing the Indie, in respect of payments to staff and to the paper's printers and distributor - notably Trinity Mirror - would have been £30m; so getting shot of it at a cost of £9.25m is a bargain.

In fact it's probable that the Indie's £12.4m loss made it one of the more successful (in a profit-and-loss sense) of all the quality papers last year.

The shocking truth is that most broadsheets are run to provide a living for hacks like me and to massage the egos of the proprietors.

Over many years - and with the exception of the FT, which is in a special market, and the Telegraph - quality papers have found it close to impossible to bring revenues and costs into equilibrium, let alone generate a sustainable profit margin.

And that challenge of living within their means has been made considerably harder since the internet started providing free-on-demand news and Google began to gobble up the advertising market. 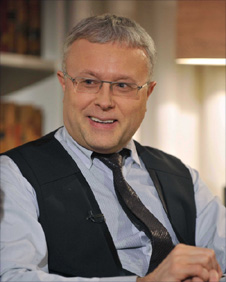 So what hope for any of the broadsheets?

Well Lebedev has in effect taken over a clean new business: there are substantial overheads in the form of wages, printing costs and distribution expenses, but no debt.

His wheeze may be to challenge the internet at its own game, by giving the Indie away (as he has already done with the Evening Standard in London)

He would maximise "eyeballs" on paper to stimulate advertising revenues.

His rivals may accuse him of unfair competition, dumping; but it's difficult to see how the competition authorities could intervene if the alternative to such a last throw of the dice for the Indie would be closure.

But in taking the road to free-subscription he would be sacrificing annual circulation revenue of £30m, so this would represent a very expensive investment in a new business model.

It will be fascinating to see whether this former KGB operative has the stomach for it.