Tullett Prebon has not requested or received a penny of taxpayers' money as part of the bail-out of banks over the past two years.

And yet it is liable to pay the chancellor's new super-tax on bonuses, or so it believes. 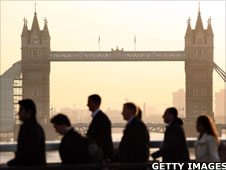 Its chief executive, Terry Smith (a former colleague of mine in a past life) is in no doubt that the draft legislation relating to the super-tax catches Tullett, together with a whole host of other City firms which are neither banks nor obviously culpable for the excesses that led to last autumn's global banking crisis.

Tullett is a broker which matches buyers and sellers of financial products.

Banks are often its clients. But to hold Tullett responsible for the reckless risk-taking of its banking clients would be like holding Boots responsible for customers who ignore the instructions on the drugs it sells.

And nor is Tullett an unlucky exception. Stockbrokers, money managers and a host of other firms that don't look like, act like or quack like the supposedly malevolent banks are liable for the super-tax as per the draft legislation.

This looks like a mistake, since the Treasury originally told me that only authorised banks would be liable.

There must be a reasonable chance that the rules will be changed to exclude the likes of Tullett.

But damage may have been done. Some of Tullett's London-based staff have over recent months become increasingly persuaded that the UK provides a hostile climate for them.

Tullett has told them it will help them move to its overseas offices, if they want to relocate.

Such emigration won't undermine the British economy. But it looks like gratuitous harm.

Update 15:25: By the way, anyone from Tullett - or any such financial institution - who went into exile today would not save his or her firm any of the one-off super-tax. It's too late for that.

Quitting the country would simply be a protest and/or a prophylactic against future UK tax liabilities.

And as for clarifying whether Tullett and its ilk are ultimately going to pay the tax, in some ways that's more a matter for HMRC rather than the Treasury - in that the role of HMRC at this stage of proceedings is to interpret and implement the revealed preference of the chancellor (whatever that may be).