How did Phoenix Four do it?

I feel slightly nauseous having waded through a substantial chunk of the inspectors' report into the demise of MG Rover.

The five executives criticised in the report feel hard done by. They have issued a robust riposte - and accused the inspectors of whitewashing the involvement of the government in Rover's collapse. 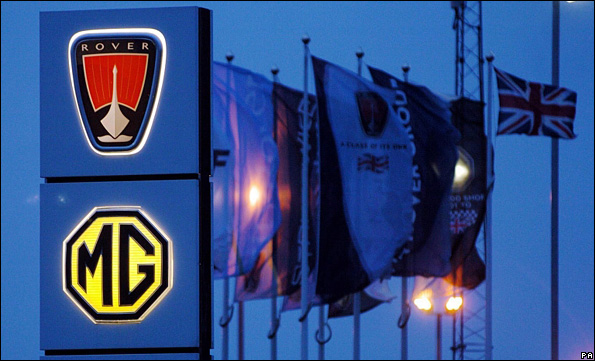 But they make no attempt to justify the astonishing sums of money they extracted from a business that needed every possible penny retained for investment, were it to have the faintest chance of staying alive.

The basic story is this.

In May 2000, the Phoenix consortium - John Towers, Nick Stephenson, Peter Beale and John Edwards - acquired the business for nothing (well, a nominal £10) from BMW. And because BMW wanted shot of this loss-making motor manufacturer, the German company endowed it with £75m (in lieu of warranties) and an interest free 49-year loan of £427m.

BMW's largesse ensured that MG Rover could survive for a few years. But from the outset, it was clear that it had no long-term future unless it could find a substantial business partner within the motor industry.

To be fair to the consortium, it did try to find such a partner.

But the executives - and the chief executive they appointed, Kevin Howe - failed to meet their own targets for car sales (they wanted to sell 180,000 vehicles a year; retail sales in 2004 were just 115,000). And operating losses for MG Rover could not be stemmed.

This is not a tale of industrial success. However, as I mentioned last night, Messrs Beale, Edwards, Stephenson and Towers each pocketed £9m (give or take a few thousand) between 2000 and 2005 and Mr Howe received £5.7m.

Also they arranged to receive a further £14.4m between them - which the inspectors say they "now stand to obtain" although the executives insist they won't be receiving this sum.

The inspectors describe the remuneration as "unreasonably large" for a whole host of reasons, such as:

(1) the financial performance of the business was lamentable;
(2) the executives risked only paltry sums of their own money;
(3) they had never in the past been paid anything like this for their alleged business skills.

How did they get the money out?

Well the loss-making operating company, MG Rover Group, which made the cars, was separate from the company that held the loan from BMW, Techtronic. Now, although the loan from BMW was interest-free, Techtronic charged interest on the loans it made to Rover.

Hey presto: Techtronic generated a profit, even though Rover was incurring losses. 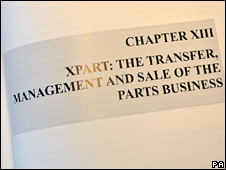 The other primary source of rewards for the executives was tax losses, primarily tax losses of MG Rover. According to the inspectors:

As you know, Barclays Capital's creativity in generating profits from tax deals is legendary - although there is no suggestion in the report that this subsidiary of Barclays did anything improper.

I should also point out that the inspectors make no criticism of Rover's auditors, Deloitte, although they do say that:

"Deloitte... played a very prominent part in a number of transactions that helped, or could have helped, the Phoenix Consortium to achiever their financial ambitions".

I could go on and on (although the inspectors' 830 pages could have benefited from some judicious editing).

But there are two further points to make.

Also, there is a riveting chapter about how one of the executives, Peter Beale, used specialist computer software to eradicate documents of probable relevance to the inspectors' enquiry.

The inspectors say that "we consider that Mr Beale gave untruthful evidence during his interviews" when he said that "he had not deleted from his laptop any documents relating to the companies under investigation".

However, the inspectors found no evidence that a crime had been committed either by Mr Beale or his colleagues.