Was Fred really 'the shred'?

When I was the City Editor of the Sunday Telegraph in 2004, we wrote about a private jet that was owned by the Royal Bank of Scotland and used by its executives.

We had chapter and verse on the plane: its make (a Falcon 900 EX with a list price of £17.4m); its registration number (G-RBSG); and its flight log.

But for several days before we published, RBS denied to us that it owned the plane and, finally, it only conceded its existence when I pointed out to a senior executive that the bank was in danger of looking a bit silly if we published everything we knew about the jet alongside RBS's on-the-record statement that the thing was a mirage (no pun intended).

I was reminded of the incident a couple of days ago, when I learned that the plane which didn't exist is now up for sale, by a new management team at RBS that wants to prove its penny-pinching credentials (there are rather a lot of used private jets on the market right now, so it's moot whether RBS will get a decent price). 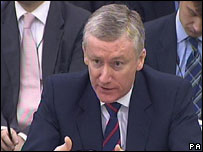 To be clear, the reason we were interested in the plane all those years ago is that it struck an odd contrast with the reputation of RBS's chief executive, Sir Fred Goodwin, as a ruthless cost-cutter. The point about private jets - for shareholders who own banks - is that the expense of using them (let alone the capital outlay in buying them) is usually more than the price of first-class and business-class travel on a mainstream airline.

And there were other manifestations of a culture that didn't appear to be particularly solidly based on its stated and laudable adherence to the "mony-a-mickle" principle.

There was the employment of Sir Jackie Stewart, Jack Nicklaus and Sachin Tendulkar as "global ambassadors" and the sponsorship of the Williams F1 team, for example - which may well have added some kind of sparkle to the RBS brand, but whose value is tricky to measure.

RBS was a slightly odd organisation in those days. In many ways, it appeared remarkably successful. Having acquired NatWest and expanded massively in the US, it was one of the world's biggest and most profitable banks.

But it was always rather secretive and surprisingly defensive: I'm struggling to remember a single on-the-record interview given by Goodwin to a broadcaster or newspaper (even though in private conversation, he was always engaging and interesting).

It was more inward looking than most huge international companies, and was very prickly about even mild criticism.

That said, many in the City, and many journalists, admired the bank for its efficiency and Goodwin for his "Fred-the-shred" moniker - his reputation as perhaps the most fearsome and effective cost-cutter in UK corporate life.

So it's striking that the new chief executive, Stephen Hester, has identified some £1.5bn to £2bn of cost savings at the bank, which are apparently above and beyond what has already been disclosed. And Hester will announce as much this Thursday.

Some of those cost-savings presumably relate to the toxic rump of the giant Dutch bank, ABN which was foolishly acquired by RBS after the onset of the credit crunch in the autumn of 2007. And Goodwin too would doubtless have spotted them.

However a proportion of those savings - which may well lead to job losses of some 20,000 or so over the next two or three years (though RBS won't provide a precise number) - were available for some time and not reaped by Goodwin. Or, at least, that's what I'm told.

None of which is to detract from Goodwin's initial achievement of integrating NatWest into RBS with remarkably little visible stress on customers or the organisation.

But it does perhaps give substance to the observation of those at RBS who say that - towards the end of his tenure - too much power within the bank was concentrated on Goodwin and that he did not delegate enough to other managers.

Goodwin must of course be right, as he said to the Treasury Select Committee, that it would be simplistic and naïve to place all the blame for the mess at RBS on him. To do so would be to ignore the collective failure of the bank's board and its owners, its shareholders, to rein in the banks' foolish expansion and to check its reckless investment in poisonous assets.

Even so, Goodwin was neither a bystander nor - perhaps - the UK's supreme "shredder".