Now there are runs on countries

The sickness afflicting the global financial economy has entered a new and worrying phase.

It started last summer with the closing down of big chunks of the wholesale money and securities markets. 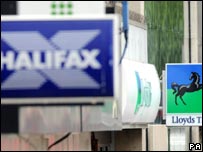 Then we saw a succession of crises at individual banks, as institutional providers of funds withdrew their cash from banks they perceived as weak (culminating here in the nationalisations of Northern Rock and Bradford & Bingley, and the rescue takeover of HBOS).

In September the entire banking system was on the brink of total meltdown, because of semi-rational fears that almost no bank was safe from collapse.

And now we're seeing a massive flight of capital out of economies perceived to have been living beyond their means - either because they have a substantial reliance on foreign borrowings, or because they are net importers of good and services, or both.

Commercial lenders to these economies - banks, hedge funds, mutual funds and so on - want their money back now. That's driving down their currencies, pushing up the cost of borrowing for their respective governments and undermining the strength of their respective banking systems.

So they need financial help to tide them over - and with the global economy slowing down, those economies perceived as lacking the resources to cope on their own may need support for months and years.

Queuing up for the intensive care ward are Iceland, Hungary, Pakistan, Ukraine and Belarus, all of which are in discussions about accessing special loans from the International Monetary Fund, the emergency medical service for the global economy.

But there has also been a substantial withdrawal of capital from South Africa, Argentina and - most worrying of all - South Korea.

Let's put this into some kind of context.

The annual economic output of Pakistan, Hungary and Ukraine is something over $100bn each - which is not trivial but does not put them near the top of the rankings in terms of the size of their GDP.

However, the output of Argentina is well over $200bn and that of South Korea is around $900bn. In fact, South Korea is the 13th biggest economy in the world.

If you add together the GDPs of all the economies currently diagnosed with toxic BO by international investors you arrive at a sum that's not far off the economic output of the UK.

And the sums of debt involved are also fairly substantial. Hungary has external debt of more than $100bn, Ukraine has foreign borrowings of $50bn, while Pakistan's dependence on overseas funding is nudging $40bn.

As for South Korea, which hasn't requested formal help from the IMF, its foreign debt is nearer $200bn.

Now you may think this is all about remote countries, with no relevance to you. Well, that would be wrong. We're all connected.

It's been very fashionable for pension funds to invest in developing economies in recent years. If you're saving for a pension, you may own a chunk of South Korea or Argentina.

If you're very unlucky, your pension fund may have belatedly put some of your cash into one of the many hedge funds being royally mullered by the way they borrowed vast sums to invest in some of these emerging economies.

And of course the woes of these economies reduce their ability to purchase from abroad, which acts as a further serious drag on global economic growth.

Also the UK is being buffeted directly by international investors' re-awakened distaste for economies perceived to be too dependent on foreign capital or credit from institutions and companies.

What's happening to South Korea - where its currency, the won, has fallen 29% in the past three months, and shares have fallen well over 20% in a week - is particularly worrying for us.

South Korea is a great manufacturing and exporting nation. Its balance of trade is vastly healthier than the UK's.

But like the UK, South Korea's banks are dependent on wholesale funds that are being withdrawn because of fears that those banks face losses on imprudent deals (not lending to homeowners, as is the case in the UK, but currency hedges with local companies - see my note "Crisis is business as normal").

Of course, our banks - and South Korea's - are being shored up by massive financial support from taxpayers.

But if investors no longer think the UK's banks are at risk of collapse, they then look at our other vulnerabilities - such as public sector borrowing which is rising very sharply because of the costs of the bank rescues, dwindling tax revenues and the need to spend our way through the economic downturn.

They also look at our structural trade deficit and our huge reliance on financial flows generated by a City of London and a financial services industry that's shrinking fast.

As I've pointed out in a tediously repetitive way, the sum of all we've borrowed - the aggregate of corporate, personal and public sector debt - is equivalent to three times our annual economic output.

That's a vast amount of debt to repay - and it's all the harder to do so at a time when our most successful industry, financial services, is in some difficulty and the global economy is slowing down.

If international investors fear our credit isn't what it was and are selling pounds, we should hardly be surprised.