Even before the Intergovernmental Panel on Climate Change (IPCC) made its much-discussed error in glacier melting dates, the question of how climate change impacts were being felt across the Himalayas was something of a hot topic. 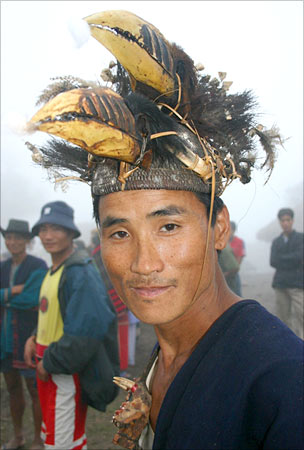 One of the problems back then, which remains a problem now, is simply lack of data.

Getting into some of the regions is time-consuming and arduous. Satellites give an incomplete picture - and only since the early 1980s, at that.

Nevertheless, it's a hugely important issue given the vast number of people who depend on Himalayan glaciers to store their drinking water and release it in a steady, controlled fashion during the year.

The journal Biology Letters this week reports a novel yet kind of obvious way to tackle the data dearth; simply asking Himalayan villagers about their experiences.

To be fair, the phrase "simply asking" does the researchers a disservice, because what they emphasise throughout their paper is the need to gather local knowledge "rapidly and efficiently... using systematic tools".

It has to be structured, internally consistent and rigorous; that's the message.

This particular project involved villages in the Darjeeling Hills in the north-east of India and in Ilam District just across the border in Nepal.

Researchers went to 28 villages in total, and did 250 face-to-face interviews as well as a number of focus group exercises.

Their top line conclusions are that villagers are noticing signals suggestive of climate change.

Warmer weather, drying water sources, the advance of summer and the monsoon, new insect pests, earlier flowering of plants... all consistent with the basic idea of a warming world.

The sample size was big enough that researchers - Pashupati Chaudhary and Kamal Bawa from the University of Massachusetts in Boston, US - could note different perceptions at different altitudes.

Dr Bawa is also president of the Ashoka Trust for Research in Ecology and the Environment, based in Bangalore, India - and the trust is keen to see more of this type of research. 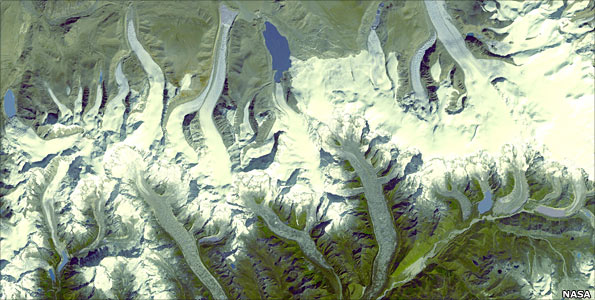 The conclusions themselves are less intriguing, I think, than the idea that this kind of research could play a much larger role than it has done up to now in building a picture of how climate is changing - and not just in the Himalayas.

Report after report bemoans the lack of instrumental data across Africa - but more than any other continent, African lives are lived close to the land, which is exactly the situation in which you'd expect people to build up the most detailed and accurate internal pictures.

I had a quick chat with Martin Parry, who co-chaired the working group on climate impacts, adaptation and vulnerability for the 2007 IPCC assessment.

Now a visiting professor at the Grantham Institute for Climate Change Research in London, he told me there definitely is a role for evidence gathered through word-of-mouth.

"We need to expand the information we can collect on the evidence of climate change occurring now, which the last IPCC report kicked off and the next one is no doubt going to grow greatly - because it's ground-truthing, it's not model-based future stuff.

"But also the gaps in the knowledge are so big, and filling them in by going out and asking people is going to be increasingly the way to go.

"It's about less formal ways of collecting data. It takes time to set up monitoring stations and get 10 years of data, but if we can get into peoples' memories... I guess the one concern is the drift that occurs in peoples' memories, and how do you account for that?"

This is indeed going to be an issue - you can almost hear the objection forming in the minds of researchers around the world who are more used to dealing with the hard numbers churned out by thermometers, mass spectrometers and satellite-based radar.

How can you trust people's recollections?

And even if it gives you some qualitative indication of how things are changing, can this kind of research ever be quantitative, as instruments are? 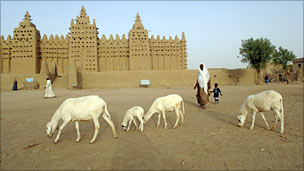 The Himalayan work threw up questions as well as answers.

For example, in some villages about half of the people questioned reported that summer was now starting earlier than 10 years ago; which raises the question of why the other half did not.

In villages where life is based almost totally on farming, you might expect a more consistent view.

In one sense, that is like putting two thermometers in the same place and finding that one registered a temperature rise while the other did not.

If that happened in practice, you would need to have experts in thermometers on hand to interpret the divergent readings - and perhaps there's a parallel need for expertise in interpreting the apparently conflicting recollections of different villagers.

As Professor Parry pointed out, help may come from other disciplines. Social anthropologists (and indeed other social scientists) depend on people data for much of their work, and may already have protocols that can be adapted for climate-based questionnaires.

Medicine, too, has its share of structured questionnaires. For example, heart failure can be assessed through people's evaluation of their own symptoms - to what degree are they out of breath when climbing stairs, for example - and there are myriad indices for pain and quality of life.

One of the recommendations coming out of recent inquiries into climate science (as pertaining to the IPCC and the University of East Anglia) is that researchers could and should make more use of specialist statisticians.

And perhaps the increasing use of orally-gathered evidence will require the systematic and rigorous involvement of social scientists in order to ensure best practice is followed.

But there surely is going to be more data of this kind used in climate circles in future.

It's cheap, is available in many regions with poor instrumental coverage, it can span large timeframes, and data can be gathered simultaneously on what communities are experiencing and how they're coping.

What's not to like, provided the cautions are heeded?