Money in trees: The poor end of forest protection

Some of the world's most important forests may emerge from this week in a more secure state than they were before. 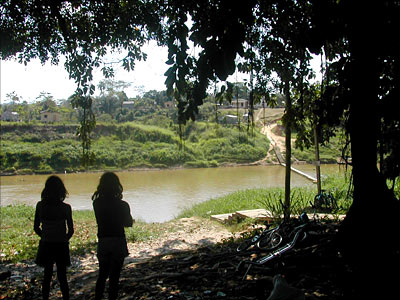 Others may end it worse off.

The latest stage in the European Union's plans to help developing countries clean up illegal logging is the signing of a potentially important agreement with Indonesia.

Essentially, from early 2013, wood and products made from it can only be imported into the EU if they've been produced in accordance with Indonesian environmental laws.

There are questions, for sure, over how it'll be implemented, with the spectre of corruption not fully banished, especially in a country where distant provinces carry a fair amount of independence from Jakarta.

But this is an area where steps forward are incremental, so these are caveats campaigners are prepared to live with for the moment.

However, on the other side of the tropics, in Brazil, a different forestry issue has raised its head.

Brazil is a timber producer; but the destruction of its forests has largely been driven by other concerns.

Trees have been felled to produce farmland for growing soya beans, and for raising cattle.

The drivers have partly been economic, although historically there has also been a desire to settle people into remote regions as a guard on sovereignty.

As in Indonesia, state governors have a lot of power.

But in this area, they're supposed to work under the national framework of the Forest Code, a set of principles aimed initially at issues such as soil and water conservation, and later at sustainable exploitation, that date back to 1965.

The code contains some pretty powerful measures. Notably, private landowners must conserve a certain proportion of forest on their property - 80% in the ecologically sensitive Amazon - and in principle, they can be forced to replant if they don't comply.

Before the National Congress this week is a proposal to reform the code so as to water down some of its protective clauses.

The proposal comes not from big landowners or beef barons, but from the Communist Party of Brazil (PCDoB), and in particular its charismatic leader Aldo Rebelo - and it's not the first time that he, or like-minded politicians, has entered this arena.

He argues that some of the current regulations are simply unfair, preventing owners of small tracts of land from developing agriculture far enough to drag them out of poverty. 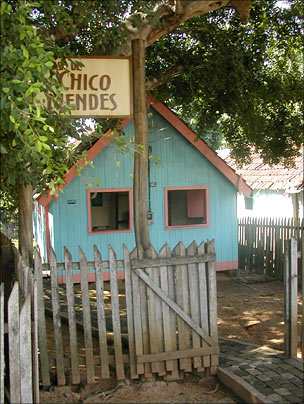 He also says that with the Brazilian population expanding, the country needs to produce more and more food - and expanding land use is the obvious thing to do.

Among the revisions he's proposing are reducing the amount of forest that must be left intact along the banks of rivers and streams, and giving an amnesty to landowners below a certain scale who cleared forests before 2009.

The details are currently the subject of intense horse-trading between managers of the myriad political parties that make up the Congress.

What may emerge, and whether the proposal will go to a vote, are as yet unclear.

In a way, the issue illustrates the familiar dichotomy of whether it's better to use natural resources fast and stash the proceeds, or to use them sustainably and continue to draw on "nature's bank", as you might call it, for a much longer time.

But what's intriguing is that this time, the division is not primarily concerned with rich and powerful industries - although they are supporting the changes that would suit them best.

Instead, it divides two sets of politicians who both speak - or claim to speak - for the poor.

In one corner sit the philosophical descendents of rubber-tapper Chico Mendes, murdered just over 20 years ago by ranchers because of his belief that maintaining nature was the best way to ensure a long-term income for the rural poor.

Mr Rebelo and his followers, by contrast, see loosening the ties on exploitation as the socially just thing to do.

More and more organisations in areas as diverse as forestry and fisheries are talking about chain of supply certification as the route to sustainability; and as the signing of the EU-Indonesia agreement shows, it can work.

But as the Brazilian debate makes equally clear, it can't guarantee environmental protection when livelihoods are at stake.