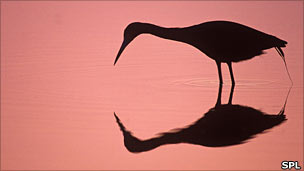 Everybody wants to do it: nobody is entirely sure how that should be done.

Discarding fish is, on one level, an outrageous practice; so surely stopping it is the right thing?

A byproduct of measures to keep fishing within sustainable limits, discarding works against sustainability by ensuring that a good proportion of what fishermen catch is thrown back into the water - usually dead - thereby meaning that much more has to be caught than actually ends up on our plates.

On another level, though, it's a necessary evil.

Without quotas or some other way of curbing the extraction of fish, history suggests that the oceans would be sucked empty.

And if fishermen catch outside their quota, they mustn't make money from it or else catching outside the quota becomes profitable - ergo, the fish has to be thrown away.

That's why both fishermen and conservationists have welcomed European Commission ideas on regulating discarding out of existence; and why they are warning that doing so, while safeguarding both stocks and livelihoods, is far from a simple matter.

(The EC document was not made public, but you can read it here.)

The commission's basic idea is to find a mix of measures to regulate the fishery that includes quotas, restrictions on "fishing effort" (for example by limiting the duration of the fishing season) and closer monitoring by electronic and human observers.

In the new world, quotas would be set for both intentional catch and bycatch (accidental take). So a boat targeting, say, haddock would be permitted to take cod as well, and to land it and sell it - up to a certain limit.

So far, this is very broad brush stuff; and it's not entirely clear whether the commission will eventually propose a "one size fits all" package across EU waters or whether it'll be left to each government to select a mix appropriate to its own fisheries.

Whatever the commission comes up with and whatever governments eventually decide, it's clear that other types of reform could also help make European fisheries a lot more sustainable than they are now.

More industrialised fisheries are associated with higher levels of bycatch, hence of discards

Many kinds of selective fishing gear have been developed, using ideas such as escape hatches for non-target species, grids to select fish for size, and excluder or includer panels based on how different species behave.

But fishermen have not always been enthusiastic about using them - even though they would reduce discards.

In part that's because some entail extra costs without yielding extra profit.

But in other cases, fishermen are clearly not taking even the simplest measures.

The International Council for the Exploration of the Seas (ICES), which partly functions as the EU's scientific advisory body on fisheries, reported last year that boats in some EU waters were discarding 80% of the plaice and sole they caught.

"The high level of discarding in this fishery indicates a mismatch between the minimum landing size and the mesh size of the gear being used."

Although this is a dig at fishermen, it's also a dig at European regulators who have repeatedly elected not to mandate selective gear anything like as systematically as they could have done.

At the most extreme end, regulators could even mandate the end of trawling and the adoption of other methods that are inherently more selective.

A review of global discard data for the UN Food and Agriculture Organization (FAO) in 2005 observed:

"Shrimp and demersal finfish trawl fisheries account for over 50% of total estimated discards while representing approximately 22% of total recorded landings..."

The same review hinted at the industry's optimum structure, concluding:

Amid all the comments and lobbying noises and observations flying around at the moment, it's worth perhaps returning to the basic reason why discarding exists.

It's a byproduct of regulations that had to be introduced because the fishing industry has historically taken more from the seas than the seas can sustainably provide.

That's the problem... so what's the solution?