There's pretty strong criticism this week for the UN-backed initiative on Reducing Emissions from Deforestation and forest Degradation (REDD) - criticism timed for the opening, in New York, of the UN Forum on Forests. 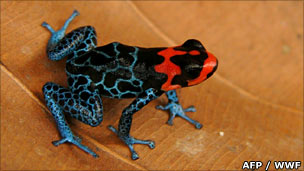 Reducing deforestation is something of a no-brainer - forest loss harms wildlife, releases carbon dioxide into the atmosphere, can damage water supplies and often brings no lasting benefit to communities living in the area - so why wouldn't you want to reduce it?

Whether everything is rosy in the REDD garden is, however, another matter.

For several years now, observers have pointed out that if you have a global initiative on forests that has rewarding carbon storage and retention as its single goal, you run the risk of damaging forests in other ways - at its direst, ending up with monoculture plantations of carbon-absorbing trees where no bird or monkey is seen.

Hence the development of REDD+, which aims to include measures to protect the rights of forest communities and enhance biodiversity, along with the carbon storage.

But according to the new analysis from the International Union of Forest Research Organizations (IUFRO), the trouble with REDD goes a lot deeper.

Effective forest protection policies entail a move away from top-down initiatives such as REDD, they argue.

Instead, governments must resolve to attack head-on the pressures that remove forests - such as the drive to open up new agricultural land, or to connect commodity supply with demand through the construction of roads that fragment habitat.

Says Jeremy Rayner, a professor at the University of Saskatchewan in Canada and chair of the IUFRO group behind the new report:

“We are not saying we need to abandon a global approach to forest governance, but we do need to establish the appropriate roles.” 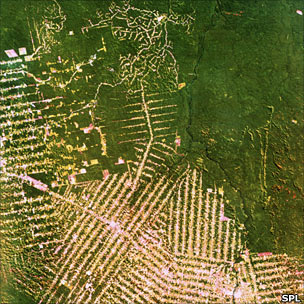 Basic pressures such as demand for timber must be addressed, the report concludes

Players who must be found appropriate roles include governments, communities, businesses and civil society organisations, it says.

The report's a massive one and I won't attempt to summarise it all here - if you do want to dive in but don't have a couple of hours to spare I suggest you begin around Chapter Five, which looks at what we mean by forest sustainability and some ideas about how it can be achieved.

The writers argue that there are successful examples in the world that can be used as models, or at least as sources of ideas.

A few weeks ago, in a radio programme I made for BBC World Service, Costa Rica's former environment minister Carlos Manuel Rodriguez discussed several lessons learned from his country's attempts to curb the rate of forest loss and then replenish the stock.

As a middle-income country, Costa Rica managed to halt and reverse deforestation through this raft of policies. Brazil seems to be going along a similar path; China has embarked on a huge tree-planting programme, partly in response to previous decades of rampant logging.

Western Europe has begun to increase its forested area largely through having a stable population size, finding much of its food from imports and having chunks of the citizenry who are prepared to be quite vocal about their desire to have intact forests, not least for recreation.

So it can be done and it is being done in different places; but it's a patchwork.

As a global initiative, REDD+ takes the implicit view (as many other initiatives have before) that forests are in part a global resource, and saving them a global duty.

But IUFRO is not sanguine about the capacity of such initiatives to deliver:

"Global forest governance has not managed to halt forest loss or degradation.

"It is not even clear that international forest institutions can claim any credit for the fact that rates of deforestation, although 'still alarmingly high' (FAO 2010), have slowed."

Nevertheless, REDD is politically very much a going concern, and has the potential to deliver about $30bn per year for forest protection into the developing world.

So you can see why people concerned at the "alarmingly high" rate of deforestation are keen to give it a shot.