It seems that something new, and not altogether welcome, may be happening in the politicking over climate change. 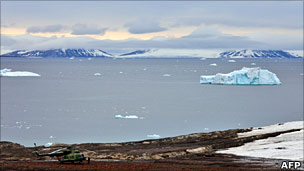 I have written before of the orchestrated villification that comes the way of climate scientists from some people and organisations who are unconvinced of the case for human-induced climate change - "sceptics", "deniers", as you wish.

Journalists, including your humble correspondent, receive our fair share too.

This week, for the first time, I am seeing the same pattern from their opponents.

At least, that is the surface complaint; what my omission hides, he hints heavily, is an agenda aimed at downplaying the impacts of humanity's greenhouse gas emissions.

He then gives my email address and invites his readers to send in complaints. Many have, perhaps swayed by judgemental terms in his post such as "spin", "inexcusable", and "mis-reporting", with several citing his interpretation as gospel truth.

He is as entitled to his views as anyone else.

But this is, at least in my experience, the first time that "warmers" - those who, like Dr Romm, believe climate change is taking us to hell in a handcart and who lobby for more urgent action on the issue - have resorted to the internet equivalent of taking banners onto the street in an attempt  to influence reporting of the issue.

It may be something that other journalists have seen before - I can only report that I have not. Always, in my experience, it has come from the side of "the debate" that Dr Romm abhors.

I am wondering, therefore, whether it does presage the start of something - whether it is now going to be routine for those of us who attempt to report on climate change objectively to be on the receiving end of barrages of critical mail, stimulated by bloggers with a definable agenda, whenever we write something that does not tally with their agenda.

What about scientists? If researchers publish papers on climate change that do not include cataclysmic warnings of where the world is heading, will they receive the same treatment?

Anyone who shares Dr Romm's views should, I suggest, be hoping this is not the case. As I have asked before in relation to pressure from the "sceptical" camp, what makes anyone think that organised abuse is an effective lobbying tactic?

Rather, it takes us further down the spiral of confrontation, where no-one listens to anyone with an opposing point of view, where every word has to be weighed for ideological purity rather than accuracy, and where free and effective discourse becomes impossible.