Will and equity - does climate alternative offer enough?

No-one I know who survived the two-week incarceration in Copenhagen's Bella Center in December believes everything is tight and rosy with the UN climate process. 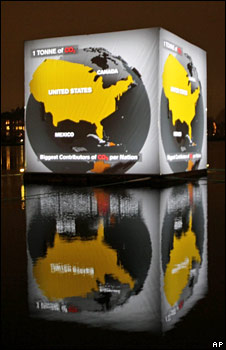 The yawning chasm between the rhetoric of "the most serious problem facing humanity" and the reality that governments are nowhere near agreeing effective remedies is as wide as that between BP's need to stem the Gulf of Mexico oil spill quickly and their confidence in being able to do so.

So even those most committed to the ideal of a new UN climate treaty are keen to hear new ideas - thoughts outside the box of the Bella Center, or indeed outside any other box, that could make a real dent in humanity's greenhouse gas emissions.

Into that scene comes The Hartwell Paper, a free-standing (and, according to its authors, free-thinking) alternative analysis not only of the prescription, but also of the malaise.

Out goes the framing of climate change as an "environmental problem" that requires a global wrapping of sack-cloth and ashes to "solve".

Out goes an initial focus on carbon dioxide; out go carbon trading, the Clean Development Mechanism (CDM), REDD and all the other measures that give the Kyoto Protocol and its putative successor the appearance of having been designed by Escher on acid.

In come "politically attractive and relentlessly pragmatic" policies that take aim at issues relating to energy and "human dignity", but make a dent in emissions at the same time.

Meanwhile, the finance that the west is due to pay to the rest for climate damages would flow through the simple (and, some might say, long overdue) step of having industrialised countries live up to their word of providing overseas aid amounting to 0.7% of GDP.

(You can read more details in our news story, and in the article that one of the academics behind the report, Mike Hulme, has authored for our Green Room series).

Whether it's the answer that Copenhagen's lost souls are seeking is another matter.

It certainly cuts through some of the tangled bureaucracy of the UN process that has, at times, seen Kafka-esque wrangling over details such as how tall a bush must be to be considered a tree, and how closely spaced they must be to constitute a forest.

It's refreshing to hear adaptation money being called what it really is - aid. The change of nomenclature could actually lead to more money flowing, as well, because currently there is a real lack of clarity over where funds mooted at Copenhagen will come from, how they will be transferred, and even whether they have to be additional to existing aid.

But there are some holes evident in the paper too; I'll just deal with three.

Firstly, its advocacy of first chasing warming agents that may be more tractable than carbon dioxide assumes that isn't happening already; but it is.

UK methane emissions are less than half their level in 1990, because the government and industry found cutting them was cheaper and easier than tackling CO2 - and that's under domestic targets stemming from the Kyoto Protocol. 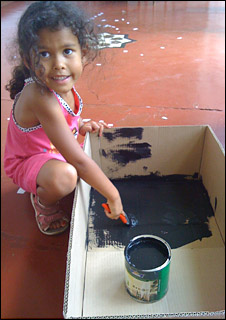 Efficient wood stoves that minimise output of black carbon, and solar cookers that produce none of the stuff, are chasing CDM funding.

As one of the architects of Kyoto, Gracelia Chichilnisky, suggested recently, there's no reason why such facilities can't be installed in their millions across Africa and the poor portions of South Asia once the players involved become as skilled at tapping CDM funds as the Chinese factories that have thus far absorbed most of the money.

Short-lived, intense warming agents could certainly be tackled faster than is happening at the moment - but so could CO2 itself.

Secondly, there's no notion here that developing nations would buy into the kind of voluntary mechanisms espoused here.

The UN climate convention sets the principle that poor countries likely to be hardest hit by climate change are able to negotiate deeper carbon cuts in the wealthy world.

In brutal terms, if Tuvalu is going to disappear under the sea, it can tell the US, Japan and so on that they must cut emissions faster than they've pledged to, and have some expectation that it will be listened to.

Any analysis of Copenhagen would show this hasn't really happened.

But the ideal is there; and giving it up would finish the demolition job begun by the Copenhagen Accord, by acknowledging the end of the 20-year principle that climate change ought to be sorted out on an inclusive, equitable basis. It's not something that the Tuvalus of this world are likely to be wildly happy about

That not one of the 14 academics behind the Hartwell Paper hails from the developing world perhaps tells its own story.

However, perhaps the biggest hole in the Hartwell principles concerns the notion that western governments are going voluntarily to increase their spend on the issue - by coughing up the 0.7% of GDP in aid, and by imposing a hypothecated carbon tax that would kick-start renewable energy research and development.

For one thing, there's no guarantee this tax money would be a more effective spur to clean energy development than the combination of Kyoto-rooted incentives (including the EU's Emission Trading Scheme) and self-interest (in countries without secure access to fossil fuels) that we have at the moment.

More importantly, there's nothing to suggest governments want to introduce such a tax.

Lest we forget, a carbon tax, to be applied across the rich nations, was most definitely in the air in the run-up to the Kyoto summit of 1997.

It didn't happen - mainly because those rich nations didn't want it. Largely as a sop to the US, bureaucracy-heavy market mechanisms were introduced instead, although politics in Washington DC, Tokyo and Canberra - along with the toxic Copenhagen fallout - are currently conspiring to curtail their reach.

But, the simple question remains: if rich countries didn't want a widespread carbon tax then, what evidence is there that they want one now?

One long-time observer I spoke to took Occam's famous razor to the confused and festering corpse of global climate politics.

Failure to agree a meaningful way forward on climate change was nothing to do with the complexities of the Copenhagen architecture or any mis-framing of the issue, he said.

It was simply that big countries, especially the US, didn't have the will to make it happen.

And that, one suspects, might be enough to derail prospective global approaches rooted in the leafy, free-thinking environs of Hartwell House as well as those forged in the fetid cauldron of Copenhagen's Bella Center.