Why are virtually all climate "sceptics" men?

The question first came to mind on the plane to Copenhagen last week while scanning The Guardian's feature on movers and shakers in the "sceptical" field. 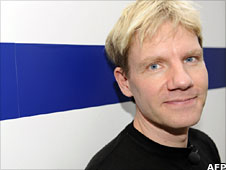 In the centre of Copenhagen, a group called the International Climate Science Coalition (ICSC) has been holding an event giving the "sceptical" version of the climate science story. The speakers list? Nils-Axel Morner, Cliff Ollier, Stuart Wheeler, and so on down the agenda... all proud possessors of a Y-chromosome.

The recently-launched London-based Global Warming Policy Foundation numbers a single woman across its Board of Trustees and Academic Advisory Council.

I could go on... but I hope the point is demonstrated. In fact, across the entire sceptical landscape, as far as I can see, the female contingent numbers one UK columnist, a couple of Australian bloggers, UK academic Sonja Boehmer-Christiansen and US counterpart Sallie Baliunas... and that's about it, apart from former US vice-presidential candidate Sarah Palin who - as the Washington Post reveals - hasn't always displayed climate scepticism in the past. 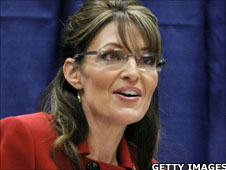 It's a marked contrast to the world of mainstream climate science, which boasts a number of eminent female practitioners including IPCC lead authors Susan Solomon and Cynthia Rosenzweig; and to the world of UN climate talks, where many delegations include, and are led by, women, including the UK's negotiating team.

The renowned environmental commentator Charles Clover noted the trend recently in The Times, writing of "... the born-again climate sceptic, the kind of man (always a man, almost invariably wearing a tweed jacket) who now materialises beside me at parties and confides that he has been having second thoughts about climate change".

So what's going on? Why is this issue such a gender-divider?

You might think it's a trite question; but I would argue it's not, for the following reason.

There are two distinct views of why climate scepticism exists in the way it does today.

One - promulgated by many sceptics themselves - speaks to a rigorous, analytical deconstruction of a deeply-flawed scientific edifice that is maintained by a self-interested cabal of tax-hungry politicians and careerist scientists.

The other is that climate scepticism has psychological roots; that it stems from a deep-seated inability or unwillingness to accept the overwhelming evidence that humanity has built with coal and lubricated with oil its own handcart whose destination board reads "climate hell".

As one ex-scientist and now climate action advocate put it to me rather caustically a while back: "I've been debating the science with them for years, but recently I realised we shouldn't be talking about the science but about something unpleasant that happened in their childhood".

Perhaps an answer to the gender issue will help illuminate this much bigger and politically significant question.

One possibility is that climate scepticism is in fact equally distributed between the genders, but somehow it's the men who end up as the public face. That would beg a different "why?" if true; but is it?

Opinion poll evidence provides some clues. A recent survey across the EU found roughly equal levels of scepticism between the genders.

But a report from the US think-tank American Progress probed a little deeper and came up with a more nuanced view.

It split citizens into six categories depending on how they felt about man-made climate change, from "alarmed" through to "dismissive".

The genders were roughly equally represented in the middle groupings, but at the margins the divide was absolutely stark: "Almost two-thirds of the Dismissive are men (63%), the largest gender split among the six segments," the report concluded.

What else did the survey reveal about the "dismissive" group?

"More likely than average to be high income, well-educated, white men... much more likely to be very conservative Republicans... strongly endorse individualistic values, opposing any form of government intervention, anti-egalitarian, and almost universally prefer economic growth over environmental protection... have a specialized media diet, with a higher than average preference for media sources that reflect their own political point of view."

That paints a picture of the "dismissive" - and dominantly male - psychology, without however going to the roots of why men and women diverge so much on their tendency to be "dismissive".

Men's greater taste for risk-taking behaviour is well documented. Is this a factor? When writer and broadcaster Clive James is prepared in the same article to admit "I know next to nothing about climate science" but still say with confidence "Nobody can meaningfully say that 'the science is in'", is he displaying a willingness to take risks that would be less appealing to women?

What about empathy? At the conference here, Lord Monckton repeatedly called young climate activists "Hitler youth" - as seen on YouTube - even after one of them told them that he was Jewish and that his grandparents escaped the Nazis. A behaviour pattern that women would find less appropriate?

Even if the conclusions from the American Progress report are entirely accurate, and even if they transfer to other countries, it still can't explain why virtually all prominent sceptics are men - based on their findings, you'd expect one third to be women.

It's worth mentioning that in more than a decade of reporting on environmental issues, I've never come across a gender divide like it.

Conservation scientists, fox-hunters and their opponents, marine biologists, climate policy wonks, journalists, environmental economists, foresters... in all of these fields, gender equality pertains to a far, far greater degree than among climate sceptics.

If a rigorous deconstruction of flawed and politically-motivated science is at the bottom of climate scepticism, why aren't women getting it?

I'm out of ideas. What do you think it all means?

UPDATE I've posted responses to some of your comments here.