jo_blogs picks me up on my last post on European fisheries for neglecting to mention the wider impacts of EU fishing fleets, notably on Africa.

As he says, EU waters aren't the world's only oceans; and if European governments and ship owners are plundering the riches of Africa's coast and setting up dodgy deals with states ill-equipped to resist, as has happened in the past, that might negate any progressive policies being pursued at home.

While I think you're correct to make the point (and congratulations on a perfect nom-de-plume for the blogosphere, by the way), I'll put a more positive twist on it. 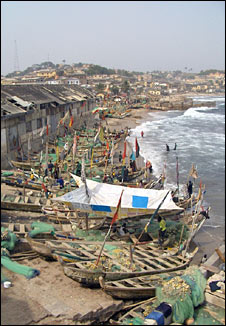 Europe has a habit of exporting its environmental and social policies to places where its nationals operate, and from where it sources imports.

The flower trade is an obvious example, with European buyers paying premiums for blooms that have been grown in Africa or South America in accordance with European ecological and social standards (leave the carbon burnt in getting them here aside for a moment...)

The EU's planned curbs on shark-finning, unveiled in February, will apply to all EU-registered vessels wherever they operate.

There are times when the approach doesn't work so well, and where developing countries complain that having to meet European standards presents real obstacles to development.

The most obvious example is climate change.

If Europe wanted, for example, to mandate emissions caps on cement manufacturers, would those caps be applied to companies exporting cement into the EU? Doing so might hinder the economic development of poorer countries; but not doing so might mean that the measure does not actually reduce emissions.

Nevertheless, I would argue that the net result of setting and then exporting standards is an environmental positive.

The European Commission's green paper on reforming the Common Fisheries Policy (CFP) asks this rhetorical question: "The core objective of the CFP is to promote responsible and sustainable fisheries. Is there any reason why the external dimension of the CFP should be driven by different objectives?"

The commission's own answer, clearly, is "no"; but as it acknowledges, the previous CFP reform in 2002 also sought to promote sustainable fishing in the waters of developing countries, but partially failed.

We shall see if the current attempt - slated for completion in 2013 - fares any better.

This isn't "big up Europe" week for the Earth Watch blog; but something else that caught my eye in recent days was the publication of a pan-continental assessment of the economic costs of invasive species (in the journal Frontiers in Ecology and the Environment, in case you're interested).

According to the Delivering Alien Invasive Species In Europe (DAISIE) project, there are more than 10,000 non-native species in Europe - but we only have detailed information on the impacts of about one-tenth of them.

The pooled cost of invasive arthropods - the class of creatures that includes spiders, insects and crustaceans - adds up to 3bn euros per year, the team calculates, mainly through munching on valuable crops and woodlands.

Interestingly, the DAISIE researchers reckon we know more about the economic impacts of invasive species in Europe than about the ecological impacts. 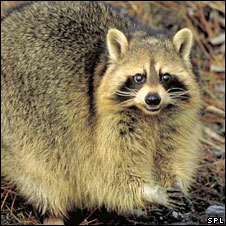 It would be good to think that here, too, are processes and methodologies that could greatly benefit Africa.

Water hyacinth creates habitat for mosquitoes that carry the malaria parasite and for the snails that incubate schistosomes. Malaria and schistosomiasis are said to be the two most devastating parasitic diseases in the world, so clearly there's a third dimension to invasive species impacts - human disease.

In certain quarters, environmental progress in rich western countries is sometimes vilified as a decadent, guilt-laden luxury akin to champagne socialism, which is irrelevant (and usually detrimental) to the real needs of developing countries.

I would argue that the opposite is overwhelmingly true. Whether it's water that's free of disease-bearing organisms, agricultural fields where damaging insects are kept at bay of fisheries sectors tooled up for sustainability, western environmental progress can be hugely beneficial when it's exported.

The trick is to do it in a way that's timely, appropriate and flexible. Sometimes it has worked, sometimes it hasn't; but if you spend a few moments formulating a world where it isn't exported at all, I think you will visualise a poorer place.