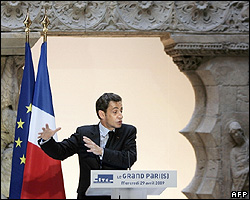 The French President, Nicolas Sarkozy, has grand designs for his capital city.

Today, he unveils what is billed as one of the biggest redevelopments of the French capital since Baron Haussmann carved out those wonderful boulevards in the nineteenth century.

Two years ago, in what was seen as a gesture to a cultural elite who looked down on him for being a philistine who only watched Hollywood blockbusters, he invited some of the greatest international architects to come up with ideas which would allow him to leave a credible cultural legacy.

President Sarkozy understands how architecture can shape a leader's image. George Pompidou made an impact, as did Francois Mitterrand's "grands projets", which left us with the Louvre Pyramid, and the Arche de La Defense.

Ten teams of architects have presented blueprints for Sarkozy's project - among them Rogers Stirk Harbour and Partners, MVRDV, and Jean Nouvel. Futuristic glass towers, an artificial island in the river Seine and monorails high above the Paris traffic are among the ideas that could transform the city in decades to come.

One of the most ambitious, a plan to expand the French capital all the way to the English channel is pictured below:

The mission - which of course was launched in more optimistic financial times than now - was to envision a post-Kyoto metropolis, incorporating the best sustainable design techniques, energy efficient structures, and a mix of housing for rich and poor.

The Paris we are all familiar with as tourists works like a charm, with one of the best and cheapest inner city transport systems in Europe. Where it goes badly awry and poses a big challenge for architects and politicians alike, is in the outlying districts, the banlieues.

Sarkozy does not have a great reputation among the inhabitants there, and he is expected to define which of the 10 plans will be followed up once an exhibition of the initial designs goes on display in the Cite de l'Architecture et du Patrimoine.

For all the impact of so-called iconic buildings, where architects can truly contribute is in finding solutions to urban planning. In fact, it could be argued that they are morally or ethically obliged to do so.

This is much more likely to be a lasting and impressive monument for Sarkozy than anything flashy. 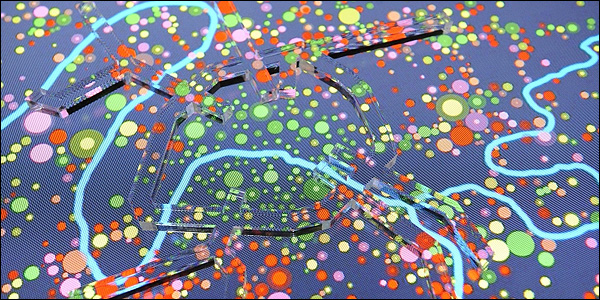 I'm Razia Iqbal, the BBC's arts correspondent. This blog is my take on the UK's arts and culture scene.

You can stay up to date with The Reporters: Razia Iqbal via these feeds.