Europa League has its merits

A few hours before the last ever Uefa Cup final kicked off in Istanbul on Wednesday, a rather forlorn Gunter Netzer stood in a hotel foyer in the Turkish capital and lamented the lack of atmosphere. The German football great, whose mood was no doubt more sombre after seeing Werder Bremen lose to Shakhtar Donetsk in extra-time at the Sukru Saracoglu Stadium, put it down to the absence of a Turkish team.

Yet there had been no lack of atmosphere at the all-Spanish final in Glasgow two years ago and perhaps too much of it in Manchester last year when Rangers took on Zenit St Petersburg. I doubt if the build-up in Istanbul would have been so lacklustre had, say, Manchester City got through. A bully point for those who speak of the special passion the British bring to football, unmatched by any other country.

But then, you might say, what does it matter? After all, this was the last Uefa Cup final in the competition's present format. As for the Europa League, which replaces the Uefa Cup from next season, several Premier League managers have suggested it would not be a disaster if their clubs did not qualify for it. 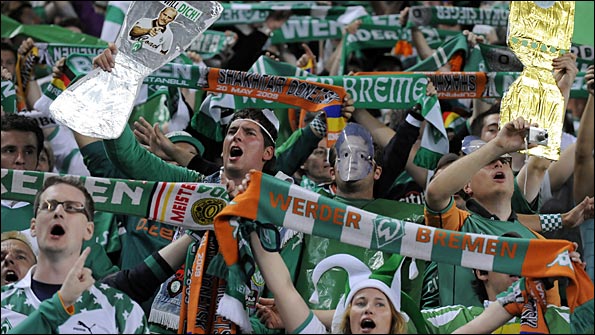 Reading the English media, it would be hard to avoid the conclusion that the Europa League will be the greatest unwanted European football tournament of all time. Yet such a view would not only be Anglo-centric but counter-productive. Both this season's Uefa Cup final in Turkey and the forthcoming Europa League are important events.

Staging the Uefa Cup final in Istanbul - the second European final to be staged in this city in four years, although Wednesday's game did not compare to the dramatic night in 2005 when Liverpool did the impossible - was significant for Turkey because it touched a core part of the its national aspiration.

As the writer Soner Cagaptay put it in Hurriyet Daily News here: "For decades secular Turks put Turkey through painful tests to prove the country's Europeanness. For instance, Turkish soccer teams joined European competitions losing miserably to powerful European teams. The Turks could have competed against the less professional Middle Eastern teams in Asian competitions, but this would have meant that Turkey was not European... The euphoria one witnesses every time Turkey wins a European championship is really joy over the validation of Turkey's European identity."

This latest final was held in the Asian part of Istanbul, the stadium here being better suited to a big match than the one in the European part of the city where Liverpool performed their miracle. And as one Turkish football official put it, that was significant because it represented yet another Turkish step on the road to becoming part of the European Union. It also, they hope, enhanced their bid to stage the European Championships in 2016. 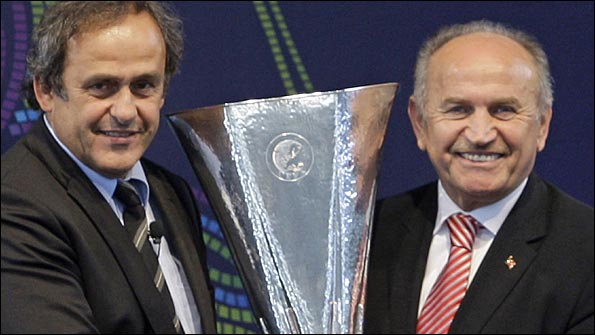 Similarly, the Europa League is part of Uefa's long struggle to reconstruct European football in the wake of the success of the Champions League.

I have much sympathy for football romantics who argue that it would be nice if we could go back to three European competitions; a European Cup just for champions, the Cup Winners' Cup - in which British teams always did so well - and the Uefa Cup for those not quite able to be champions of their leagues. But that is a bit like my profession calling for a return to the days when we filed our copy via telegrams or telex. It just cannot happen.

The Champions League is the midweek European league the big clubs have always wanted. It was their threat to decamp and form their own league in 1998 which led to the big leagues of England, Italy and Spain securing four teams in the competition.

It has not been easy for Uefa to come up with a format that works. While the Europa League will now have some of the features of the Champions League - centralised television and marketing deals, for example, plus more television income (150 million euros from next year) - Uefa accepts this competition will always be the little sister.

The kick-off times for Europa League matches - the first at 1815 British time followed by a second at 2005 on Thursday nights - shows just how difficult it is to find a window for this competition. The other major consideration for Uefa is ensuring that the new league caters to the great mass of European clubs who can only experience the Champions League through a television set.

I realise that all this will cut little ice with English critics. But what always puzzles me is how we in England can be so egalitarian at home and so elitist abroad. The FA Cup is the ultimate egalitarian competition. A non-league side can aspire to win the Cup and, as Tottenham proved in 1901, go on to realise their dream. However much we may want it, such a European competition is impossible.

The Europa League is not ideal, but it provides something for the many who will never be part of the elite.