It is fascinating to identify the challenges England must overcome if they are to avoid the fiasco of their failed 2006 campaign and win the right to stage the 2018 World Cup.

For a start, let's forget who has the best bid, the best stadia, the best facilities, the best support. In the end, this campaign, like previous ones, will be decided on football politics - who can make the best deals with the 24 Fifa executive members and convince 13 to vote their way.

Back in 2006, the main problem for England was that they were 7-0 down before the contest kicked off. Uefa, led by then president Lennart Johansson, insisted England had promised to step aside for Germany, who had backed England's bid to stage Euro 96. England denied any such agreement, prompting a number of public rows. When it eventually came to the vote, Germany received seven of the eight Uefa votes available and went on to win the right to stage the tournament. England were eliminated in the second round, polling just two votes.

Both of those votes were, in effect, Scottish votes, courtesy of David Will of Scotland and Charlie Dempsey, a former Scot turned New Zealander who was representing Oceania. Interestingly, Will, now retired, feels that England are being badly let down by Europe. "The feeling after 2006 was when Europe's turn came again England would get a free ride," he told me. 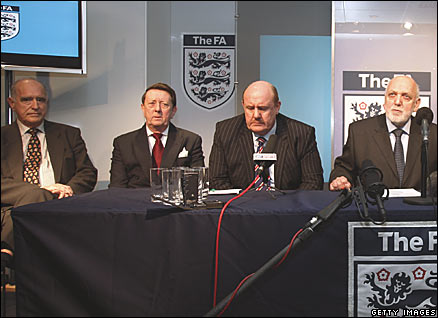 "There was no agreement, gentlemen or otherwise, but that was the general view expressed after the 2006 vote, that Europe would get behind England. But that is clearly not going to happen now."

Europe, far from uniting behind England, looks like presenting four bids - and that means there is a very real danger of them all heading for an early bath when voting takes place in December 2010. Look at it this way. There could be as many as six European countries bidding for the right to stage the tournament. England and Russia will bid in their own right while Spain will join forces with Portugal and Belgium will team up with Holland.

England, Spain, Russia and Belgium all have Fifa executive members, so in the first round each of the four European bids should get at least one vote each. (Unlike the IOC or Uefa, Fifa do not stop members voting for themselves).

That leaves four more votes to go around - and at this stage there is no knowing how they will be divided up.

As for the rest of the world, Qatar, Japan and Indonesia have all submitted their intention to bid, while the United States of America, China, Canada and Mexico could join them before the 2 February deadline.

Russia has developed the knack of surprising everyone, thanks chiefly to Vladimir Putin's abilities to charm. Look back to last year when Sochi, which has virtually no winter sports facilities, beat more fancied Salzburg and Pychongeang for the right to stage the 2014 Winter Olympics.

However, I feel that the bigger threat to England's chances of staging the 2018 World Cup comes from Spain. Their alliance with Portugal, who provoked anger amongst the Spanish by beating their Iberian neighbours to the right to host Euro 2004, strengthens the bid on the ground and also make it likely they will get all three South American votes. They may even land a couple of the unattached European votes. 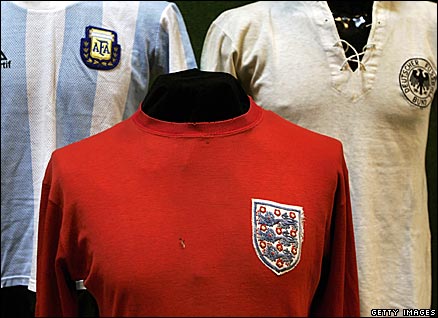 England need to make sure they have the right bid vehicle. At the moment, there is no shortage of politicians or members of the House of Lords on the bid committee, but two crucial people have been sidelined. Sir David Richards, chairman of the Premier League, is not part of the team despite the fact that the Premier League remains England's best calling card when making deals with members of the Fifa executive.

Richards, I am told, was not consulted when the bid committee was formed. Lord Mawhinney, chairman of the Football League, was made vice-chairman but all Richards was offered was an ambassadorship, a post he declined. So on Tuesday, while England's 2018 bid team gathered at Wembley, Richards met other Europeans bidding for 2018. He was effectively outside the tent when he should have been in it.

Geoff Thompson, the British representative on the Fifa executive, is a sort of detached member of the 2018 bid. He has an ambassadorial role as vice-president, but this is a nominal position on par with that of other ambassadors like John Barnes and David Beckham. As our man inside the corridors of power and widely respected in Europe, as opposed to his reputation at home, Thompson ought to be more involved.

If the bid wants to make real headway, then it should consider taking a leaf out of London's successful campaign to stage the 2012 Olympics. That rose above domestic politics to construct a bid that defeated favourites Paris. The 2018 team boasts plenty of politicians, but they are of the Westminster hue when what is needed are sports politicians who understand football.

Politics will decide the destination of the 2018 World Cup, as it has with recent bids, so England need to play the right political game if they want to win.