Respects to the legendary Dudley Doust

Dudley Doust's death this week saw the passing of one of the most remarkable sports writers it has been my privilege to know.

I was a junior reporter on the Sunday Times when I first met Dudley, already a legend on the paper and its chief sports writer.

The Sunday Times' sports pages were then in the forefront of sports reporting, but, even in such a talented team of great writers, Dudley stood out.

He had no airs and treated everyone absolutely equally. But what made him special was his journalistic skills that were almost unknown in this country.

Dudley, who had worked on American magazines like Time and Life, brought much of the American school of reporting with him, far removed from the quick two-phone call interviews garnished with a few clever words.

When asked to write about something, he interviewed not only the subject but almost everyone associated with him and gathered a huge amount of material which he skilfully weaved into his piece, providing a compelling read.

It made you feel you had been present at the events he was describing had happened, the hallmark of great reporting. 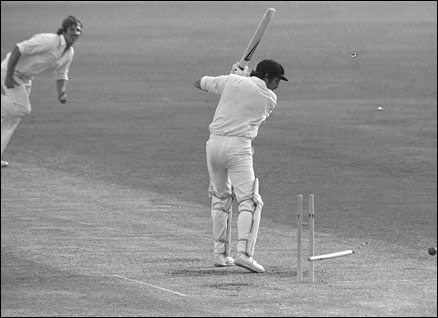 This was vividly illustrated when he described Derek Randall's epic innings against Australia in the winter of 1978-79.

I remember, in November 1981, returning on a Saturday night from reporting on a match between Nottingham Forest and Leeds, when I was subjected to racist abuse and violence from football fans.

The then Sunday Times sports editor John Lovesey asked Dudley to write the main feature about my experiences. A colleague joked that if I thought my experience at the hands of those racists was tough I did not know what I would be subjected to by Dudley.

In the course of a few days, I was rung up by Dudley more than a dozen times as he explored almost every moment of my journey, including the whereabouts, colour and style of my gloves.

When I read his article - 'Journey Into Terror On The 19.03 From Nottingham', - I realised how wonderfully Dudley could weave the material he had accumulated.

It taught me a lot about how the best reporters in our business work.