What lay behind the West Ham decision

The decision by the Premier League not to deduct points from West Ham over the Carlos Tevez and Javier Mascherano affair has attracted a great deal of controversy – and I understand the commission had a long discussion on whether or not to apply such a penalty.

The row has largely been about whether it was fair not to deduct points in the context of the fight against relegation – but I can reveal that the commission was also concerned about the potential effect of any decision on the top of the league. 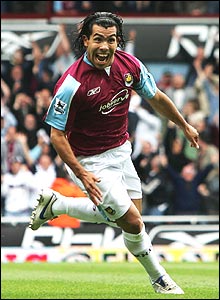 That is because West Ham play Manchester United in their last game of the season on Sunday.

When the decision was taken on what punishment to apply over the two Argentine World Cup stars being owned by a third party, the title race was still in the balance.

And the Premier League commission feared a possible backlash from Chelsea had West Ham entered the final fixture at Old Trafford already relegated because of a points deduction.

There were worries that last season’s champions may have claimed that the commission had interfered with the destination of the Premiership.