I'm the anchor of BBC World News America, the BBC's first-ever nightly newscast made for Americans. 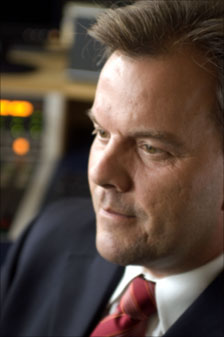 Since the programme launched in 2007, we've been striving to bring the world to America as well as offering audiences a distinctive take on US politics and events.

Before taking up this post, I was the BBC's Washington correspondent covering major stories including the 2004 presidential election and the dramatic events of Hurricane Katrina. Prior to arriving in Washington in 2003, I was the BBC's Asia correspondent based in Singapore and Hong Kong, where I covered the handover of power from Britain to China and the dramatic events that followed the Asian economic collapse in the 1990s.

My earlier assignments included reporting on the fall of the Berlin Wall in 1989 and the collapse of the former Yugoslavia.

So I've been around the globe; now, let's travel it - at least in our minds - together.