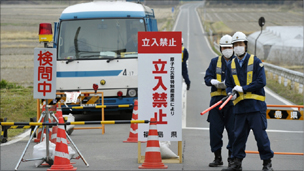 It is cruelly ironic that as we approach the first anniversary of the BP oil spill in the Gulf of Mexico, the world should once again be transfixed by the inability of humans to plug a poisonous leak created by our need for energy.

Last year it was the spewing orifice at the bottom of the sea brought to us 24/7 courtesy of the dozen or so "spillcams" that became a fixture in the corner of just about every cable news TV screen.

This year we have the unseen wafts, leaks and seepages of radiation from the Fukushima Daichi nuclear power plant in Japan. The fact that the threat level of this crisis has now been raised - one month later - to seven - the highest possible - is alarming.

The fact that Japanese authorities insist the radiation level is still one-tenth that of Chernobyl - the only other nuclear disaster that has earned a seven - is puzzling.

The leaking information has made the leaking radiation all the more perplexing. Not surprisingly, the patient people of Japan are getting angry. They feel - not for the first time - that their government and Tepco, the power company, have been economical with the truth.

Though the casualty figures from the nuclear disaster have been mercifully low - so far - I still wondered whether that cool breeze caressing my face was a potential kiss of death.

The fear of the unknown is complemented by a hunger for solid information. In both leaks - oil and radiation - the truth about the true extent of the disaster flowed as reluctantly as molasses.